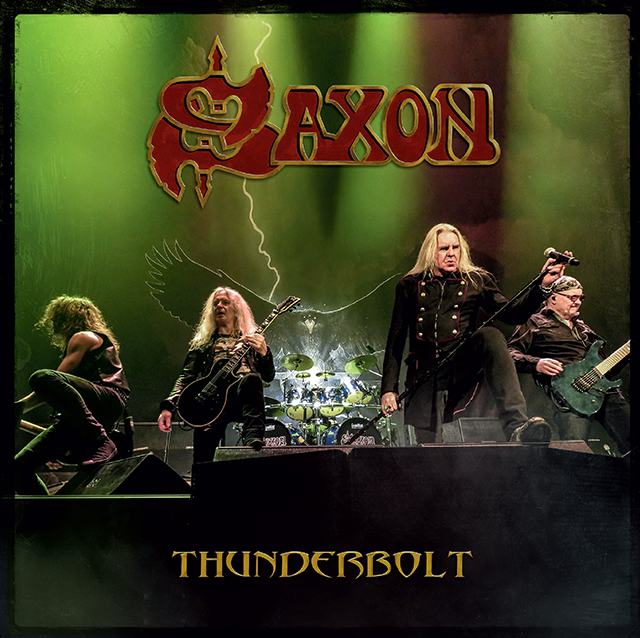 British heavy metal legends Saxon, who released one of the top metal records of the year some months back, are set to release a refreshed version of the masterful “Thunderbolt” on September 7.  This new edition, labeled the “Special Tour Edition” gives fans some additional tracks.

We first reviewed “Thunderbolt” at Metal Insider here this past February and noted that it is truly one of the band’s premier records.  Additionally, as we wrote here, Saxon absolutely crushed it on the Judas Priest tour this past Spring.

The Special Tour Edition features live recordings of “Thunderbolt” and “Nosferatu (The Vampire’s Waltz)” recorded in Frankfurt and Los Angeles on the 2018 Thunderbolt World Tour.  The CD format also contains a 10” x 10” poster with photos of the band while on Tour.

The live tracks are impeccably recorded and really take an already incredible record to the next level.  The poster that comes with the CD is a definite keeper and will display prominently in your office or home as you show everyone your British metal pride and add to your street cred.

The special tour edition can be ordered here.