Not only did Slayer unveil the new trailer for their upcoming film, the Californian thrashers have also posted pro-shot footage of their entire Rock In Rio festival performance for all to see. The show was filmed on October 4th in Rio De Janeiro, Brazil. Below is the setlist of the night:

Watch the entire concert below!

Tickets for Slayer: The Repentless Killogy are finally available to purchase. Grab yours here.

Catch Slayer on their final tour with Primus, Ministry, and Philip H. Anselmo & The Illegals. Check out the tour dates here. 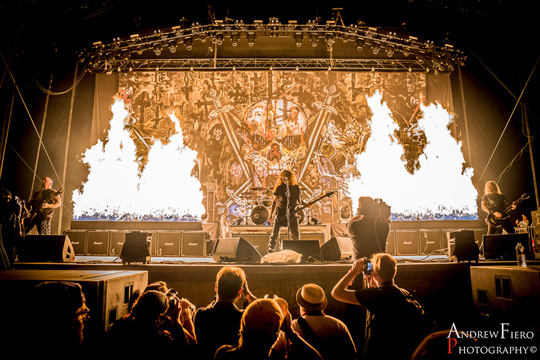