The end has unfortunately been announced for Slayer. These thrash legends have been saying farewell since their Final World Tour kicked off in May 2018, and now, the group has announced the Final Campaign. This marks the seventh and final leg of the tour, which will kick off on November 2nd in Asheville, NC and come to an official close on November 30th in Los Angeles, CA.

Last week, the group shared a cryptic teaser revealing the end is near as there have been rumors on this final leg since this past spring as Les Claypool provided a hint that Primus would be touring with Slayer. As unrealistic we thought that would be, the rumors are true as Primus, Ministry, and Philip H. Anselmo & The Illegals will be joining Slayer for support on their final journey across the states. Additionally, Philip H. Anselmo & The Illegals will be performing a vulgar display of Pantera set! This is definitely a tour you don’t want to miss. It’s also worth swimming back to in the freezing cold.

Check out the tour dates for Slayer’s Final leg of their Final world tour below: 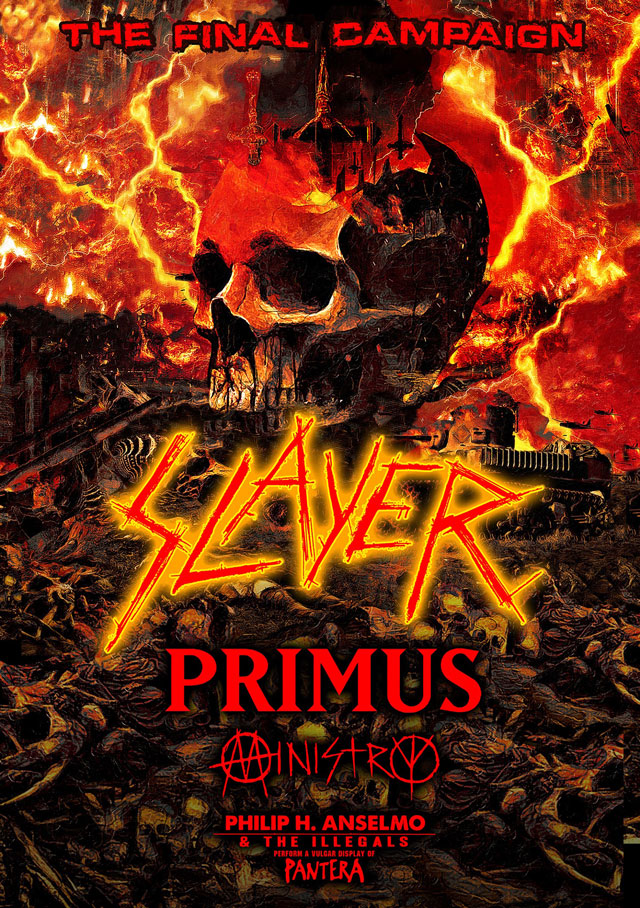