Get ready to melt your face with Hath’s new track “Accursed“. This is the third single off the band’s upcoming album Of Rot and Ruin and was recorded and mixed by drummer AJ Viana in his personal studio. The New Jersey natives first hit the scene back in 2015 with their Hive EP  and have been melting faces all over the metal community with their latest tracks “Usurpation” and  “Currents“.

The band is currently signed with Willowtip Records (Slugdge, Vale of Pnath) and plans to release their record on April 12th. To support the release, the band will be playing Philadelphia’s Club Risque along with The Machinist and Embodied by Ghosts.

Pre-order Of Rot and Ruin here and keep updated with the band here. Watch “Accursed” below!

Like what you heard? Check out Hath’s first singles “Usurpation” and  “Currents“. 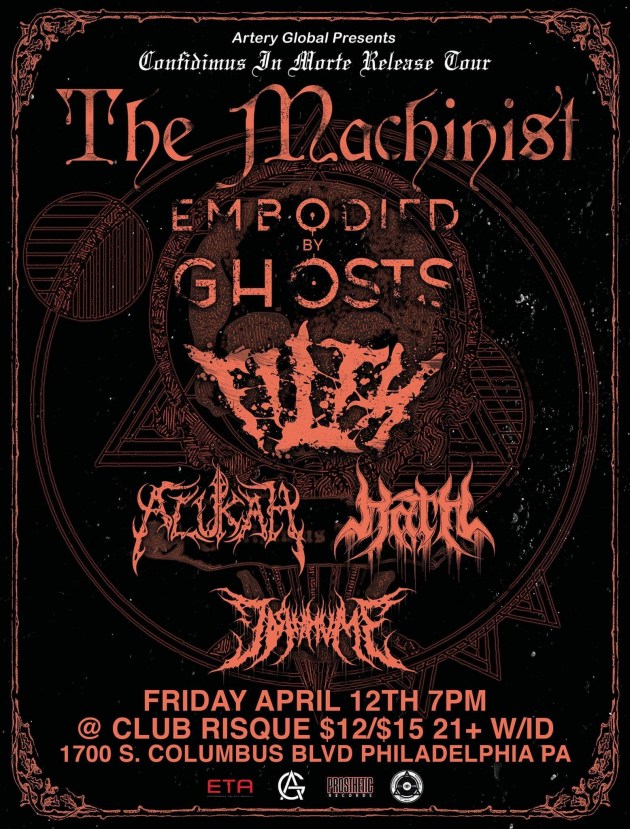