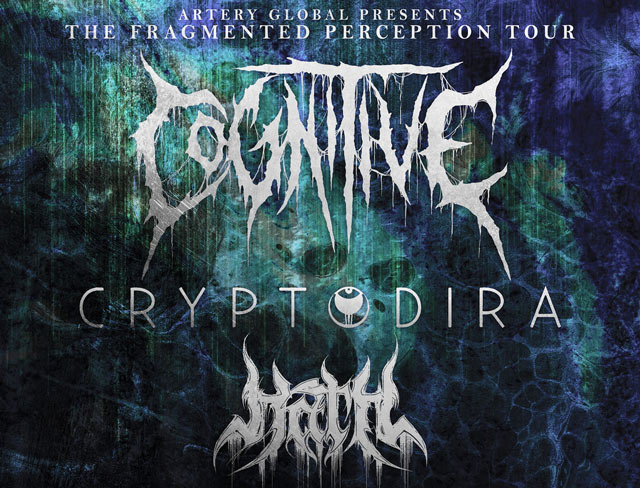 Cognitive have just announced an upcoming spring tour with Cryptodira and Hath. The tour will kick off in late April in Philadelphia and will conclude in mid May. Cognitive and Cryptodira are currently working on new releaes, whereas Hath will be supporting their recent release, Of Rot and Ruin. Cognitive commented on working on new songs and the upcoming tour:

After taking some time off to write our new record, we wanted to scratch the itch of getting back on the road. We focused hard on our new songs and we’re glad we did, and it’s been a while since we did a headliner. So we decided to make it special and have a diverse lineup of bands. We have been a fan of Cryptodira for a long time, and their brand of death/math metal is inspiring to say the least. We took Hath out last January prior to them releasing their critically acclaimed album “Of Rot and Ruin”, so we’re thrilled to bring them out again now that everyone knows what they’re capable of. We’re excited to hit some new cities, and just thankful to be on the road again. Keep an eye out for us being in a town near you!

Check out the full routing below: 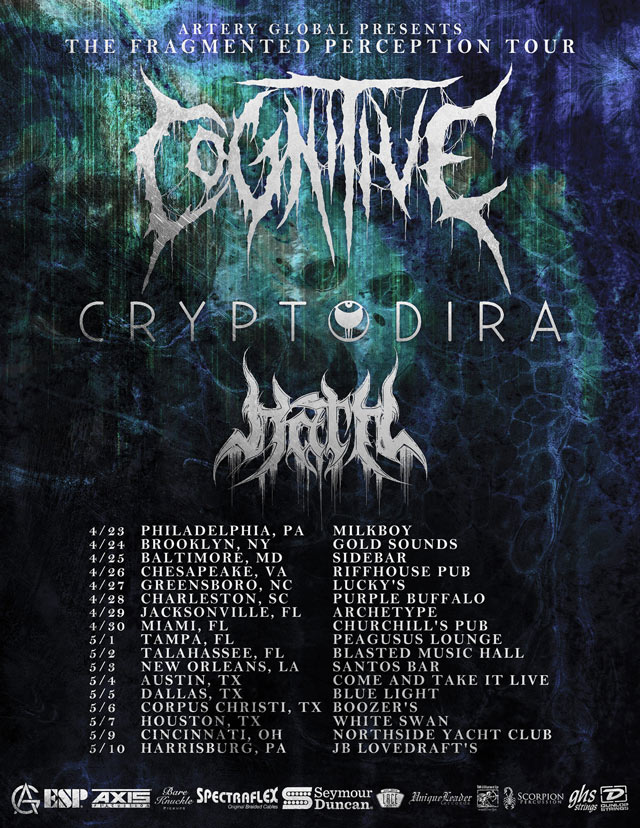