He’s been referred to as a “new breed of guitar hero,” which is quite accurate. He’s got the flying fingers and modal tonality of classic shredders like Satriani and Vai, while opening up a sonic scope to the “djent” generation – creating heavy instrumental music where the rhythms play just as important a role as the screaming melodies and hooks unleashed as lead passages. His name is Angel Vivaldi, and he’s a breath of fresh air among a crowded six-string virtuoso’s arena – capable to hang with the Malmsteens and Gilberts of the world, yet humble enough and song-oriented to bring the exalted pantheon of “guitar god” down to where the rest of us can access it. In short, Vivaldi’s music is some of the most enjoyable and easily digestible instrumental fare you’ll ever fall in love with.

Debuting in 2008 after years of hard work and difficulty, including a year of homelessness, with the “Revelations” album, the New Jersey-born Vivaldi has just released an EP titled The Speed of Dark: Revisited, a re-tooling of his 2009 album, The Speed of Dark. With half a dozen releases now under his belt (including an incredible single cover of Joe Satriani’s “Crystal Planet”), the guitarist is now firmly ready to meet his career head on – he quit his day job in 2014 and embarked on his first full-fledged tour of the U.S. and Canada. He’s out right now touring the States with Ozzy Osbourne/Firewind guitarist Gus G., in what amounts to nothing short of an honest to goodness shredders delight. Vivaldi took the time to chat with Metal Insider on the heels of the Gus G. tour about his music, what drives him as an artist, and even some of the non-metal music that stirs the creative juices.

Tell me about the new Speed of Dark: Revisited EP. What made you want to revisit these songs and what do you hold special about this collection of songs?

It was originally released back in 2009. The songs were great but I felt were a little too mature for my ability behind the guitar at the time. Plus, the production wasn’t quite where I wanted it. Once things took off and I was able to work with more prominent producers for later releases, I knew I’d want to eventually go back and have another stab at The Speed of Dark. So here we are!

I’m partial to the track “Acid Reign” – as the main riff sounds like it could be a fantastic picking exercise, and the energy of the song is just explosive. The song is technically proficient while still maintaining a lot of emotion. How do you balance shred with raw emotion when you craft a song?

I find that balance comes naturally when you’re sincere about what you write. Every song in the world is saying something- it’s just a matter of whether or not the listener speaks the same language to understand the message. I definitely had a lot to say when writing Acid Reign. While I was writing this record in the mid to late 2000’s, I was all about bands like August Burns Red, Parkway Drive, All That Remains, etc. This song was always the culmination of all those influences with a few AV twists during the middle section.

One of the things I love about you is that you epitomize the “new generation” of guitar heroes – you don’t carry the attitude that a lot of players of other generation had. I say this, because I grew up taking music lessons at a guitar shop in the 80’s and have seen so many “I’m better than you” mindsets. Have you experienced this?

CONSTANTLY. And, what proliferates that mindset is when multiple artists come together, form tight cliques and manifest a super evolved version of that attitude jointly. I’m finding that people focus way too much on being amazing guitarists and not enough time focusing on being MUSICIANS. It should be a community where we all help one another, especially with the industry in such a crazy place. Artists are taking the power back from labels; which is wonderful, but they should do it collectively with their peers so make a bigger impact.

Do you see a progression within your music over the past several years of your recorded work? Do you ever take a step back and look at a particular song and say, “That was cool,” of “I’m not crazy about that one?”

Oh, absolutely! If there was any needed evidence to support his claim, look at the re-release (laughs). I did fight myself quite a bit on whether or not I should re-record old material. While I have a respect for preserving the history of “where I was” at the time, I think the bigger picture is making sure that the songs are as good as can be.

How do you write new material – is there a set process?

I can’t commit to a set writing process. I’m way too moody and inspiration is fleeting for me so I have to work with that. Ideas and inspiration come from anywhere and everywhere. My best ideas come to me when I’m driving or meditating, actually. It usually starts with a riff which I will build the melody around or vice versa. However for the upcoming LP I’m experimenting with other forms of writing which I’ve never done before. But that’s another interview for another time (laughs).

What’s the most inspiring thing when you write?

Getting a good caffeine high!

Playing instrumental music, you don’t have the literal interpretation of words. How do you feel that getting ideas across is with instrumental – do you need to work any harder to convey messages?

I think the most important thing is to infuse instrumental music with ANY emotion. Since there’s no way to tell a story with words, it’s up to the listener to interpret it how they see fit. It’s almost pointless to get way too wrapped up in telling a super detailed story when you’re an instrumentalist. Just let it flow then let it go!

Is there any new music out there you’re really into?

Quite a bit, actually! I just started discovering a tremendous amount of new music via Spotify. I’ve always been very anti-Spotify since their business practices fuck artists over royally. However, I now understand the appeal as a listener. I’m a huge fan of mellow hip-hop beats, EDM, lounge and Brazilian jazz.  It’s rare when you see me listening to heavy music.

How did this tour with Gus G come about?

I had just gotten back from my last US/Canada run after it being cut short. I was really in the dumps after that entire experience and started immediately working with my agent to schedule make-up dates for the fans that missed out. I open my inbox and see an email from Gus saying that he enjoyed my material and would love to tour together sometime. So my two weeks of make-up dates turned into a full US run.

Your rise in popularity has really been a great, word-of-mouth type thing. You’re one of those artists people love to “discover.” What’s been the most rewarding thing a fan has said to you about what their music means to them?

I honestly couldn’t have more passionate fans – it constantly amazes me how incredibly into my music they are. The most moving messages were a few I’ve gotten from fans who’ve shared near suicide attempts, but somehow found salvation in my music. It’s brought me to tears on numerous occasions. It just fuels my fire that much more to continue persevering against any obstacles in my way. 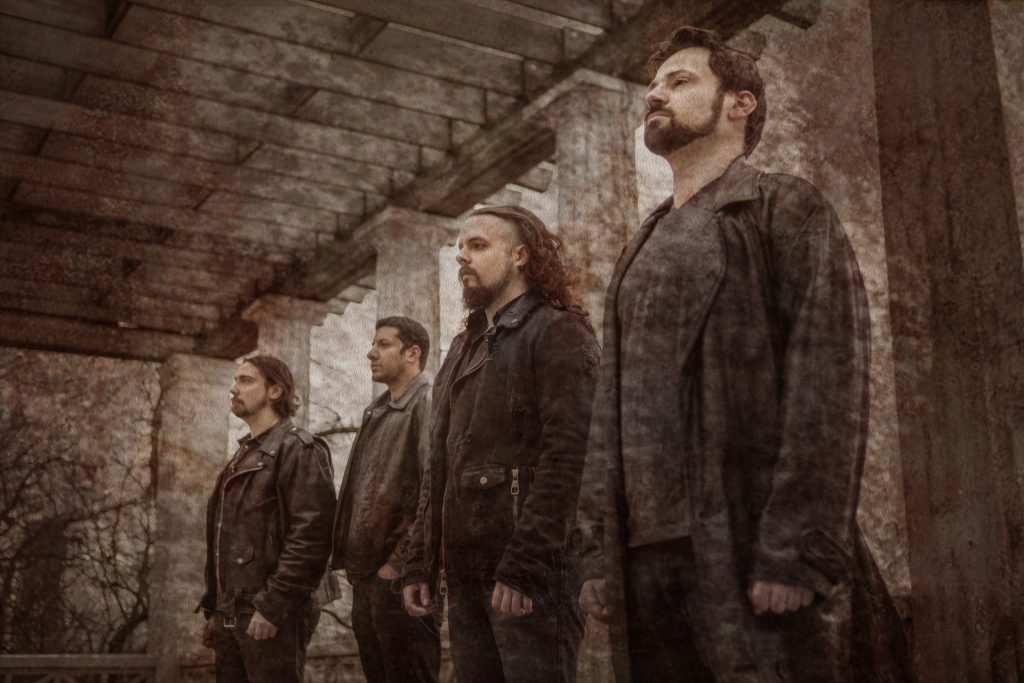