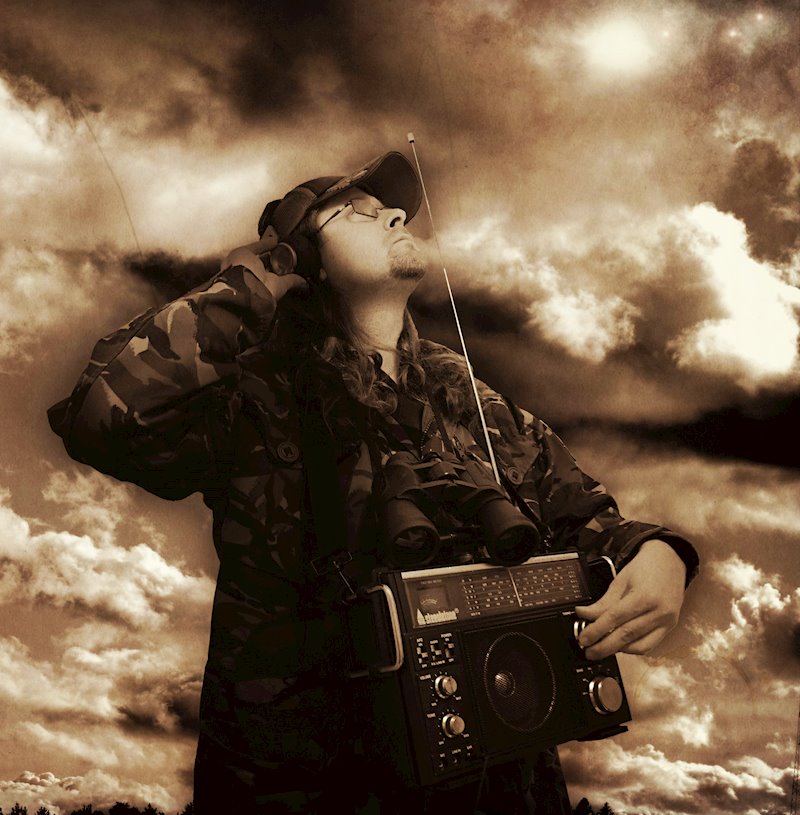 Ewigkeit’s new album DISClose is scheduled to arrive digitally on February 23rd and physically on March 23rd via Death to Music Production. This will be the overall eighth studio effort from the British multi-instrumentalist James Fogarty (In The Woods, Old Forrest, Jaldaboath, etc.) as his experimental black metal project unveiled the single “Guardians of the High Frontier” earlier this year. We spoke to Fogarty on the upcoming album, the new video, and more.

You have a new record coming out at the end of February, DISClose. What can we expect on this record?

For the new Ewigkeit album, I have slowed things down a bit and it has a far heavier sound as a result. A few years ago, I went through a phase of listening a lot to early 90s death / doom, and decided that some aspects of that style would be interesting to incorporate into the Ewigkeit sound. So you have the black metal influences, with the usual ambient keys, melodic guitar leads and some punishing heaviness. It’s the first album I have recorded in the baritone guitar tuning – previous records I recorded in D, and I realized that I was finding it more comfortable singing with In The Woods who record in C# – so the new Ewigkeit album is in B. You can go down lower, but you may as well start recording with bass guitars…

Your new video, “Guardians of the High Frontier” integrates Trump with space aliens and atomic detonations. It all comes together in a mesmerizing video with some intense metal. What is the impetus and idea behind this video and track?

The album is lyrically an exploration of my current personal interest in UFOlogy, which is seeing something of a resurgence lately, following declassified info from the CIA(AATIP) and other big “space” themed stories in the media (Omuamua interstellar object, discovery of Exoplanets, China’s missions to Mars etc…). One of those stories, which has fired the imaginations of those in UFOlogy circles is the stated aim of the US to create a ‘Space Force’.  There is actually already a branch pof the USAF called the ‘Air Force Space Command’ ; their motto? “Guardians of the High Frontier.”

“Guardians of the High Frontier” features a clip of US President Ronald Reagan addressing the UN regarding the idea that if an alien force came to earth, all nations would quickly put aside their differences and come together. Do you think this is true? And your use of the clip in context of the song seems to imply that Reagan actually believed in aliens. Do you think he did?

Yeah – according to Gorbachev, Reagan actually asked ‘What would you do if the United States were suddenly attacked by someone from outer space? Would you help us?’ He replied the USSR would help. I think it’s likely that all presidents are read in, to a limited degree, on the US military’s interaction with UFOs and ‘alien’ intelligence.  Personally, I think that the desperate attempt by the US government and media to ridicule reports of anomalous flying objects and actual landings is going to come to an end. Who doesn’t have a phone with a camera these days?  It’ll just be a matter of time until this can’t be covered up any more.

One of the main things most will notice regarding Ewigkeit is, quite honestly, the album covers. In particular, your newest cover that features aliens and a UFO. Can you tell us about how you come up with concepts and how you work the artists to create those covers that really stand out?

Not that I choose themes for albums, but that I am constantly on a personal musical adventure and always looking for interesting idea to occupy my mind. Whatever is the interest I have at the time of writing / recording the music then becomes the theme. The last album was about consciousness and death, and 2005’s Conspiritus was an exploration of Conspiracy theories. I’m starting to see it as a bit like Louis Theroux when he investigates these weird subcultures. ‘James Fogarty’s weird weekends’ – this episode is about UFOs..

This is now your 4th record releasing after your hiatus. What brought you back and what was the motivation for moving towards a heavier sound?

I actually became very disinterested with metal in general for about 6 or 7 years as I had spent a very long time fully immersed in it all – I was still writing and recording music, but was more interested in electronic music, and fusing different ideas. I think what really reinvigorated my interest in metal was a renewed interest in the guitar as a compositional instrument. For a long time I was concentrating on the keys, and the guitars were very much secondary – but now it’s the other way around, and that is really how it should be – It is metal after all.

I can hear tons of influences in your latest records. What do you regularly listen to and what artists have influenced your work?

I go through phases of listening to different bands and albums. I can really become obsessed with a record, but not a band. There are loads of albums I love, but I really don’t like the band’s next or previous album. I guess in that respect, it’s that there may be some memories associated with when I first heard it or something – who knows. The bands I have spent the most time listening to over the last few years are Iron Maiden (who I have been a massive fan of since age 12) and Katatonia (their reinterpretation and modernisation of depressive metal from 2001 – 2013 is phenomenal). Also, I’ve been listening a lot to Boards of Canada (depressive low-fi electronic music). I guess, to some degree, you can hear all those influences in the new Ewigkeit album ‘DISClose’. 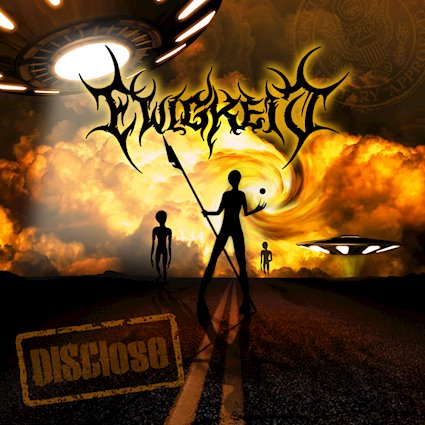