The Indiana hardcore/metal outfit Bruise will release their debut full-length album Grief Ritual on August 31st via Unbeaten Records (pre-order here). Instead of falling apart from the challenges life brings, Bruise has transferred this energy and placed it onto a powerful record. While the group have been busy touring since their formation back in 2016, we were lucky to speak to vocalist Trae Roberts about their overall sound, creating Grief Ritual, and more.

For those who are unfamiliar, can you explain a little bit about Bruise?

Bruise is a five piece hardcore band from the middle of nowhere in Indiana. We’ve been a band since 2016 and have been relentlessly touring the US ever since.

Now that you have a full-length album with Grief Ritual,  how does it feel compared to your EP’s?

I think Grief Ritual is an accurate representation of our growth and maturity as a band and people. It holds the feel of our old music while still bringing in a whole new fresh spectrum of sounds.

Can you explain the overall lyrical concept or theme of the album?

I wrote Grief Ritual during a time where I was extremely angry and depressed. I was so overwhelmed with life, that’s about all I could write about. Angry at “god”. Angry at myself. Angry at the world.

Now that the album is nearly out, what’s next?

Who are some of your influences?

For basically all of us we are driven heavily by classic metal and rock bands. Alice In Chains, Pantera, Metallica, Slayer, etc.

What are some of your favorite bands out of Indiana?

Mega shout out to the one and only WE LOVE YOU. Sermos. No Victory.

Do you have any surprises planned for your upcoming Record Release show next month?

I guess we will see!

If you could, how would you describe the overall sound of Bruise?

Bruise is a heavy band that pulls influences from all parts of the spectrum. Some straightforward hardcore riffs met by early Victory Records-esque breakdowns with a hint of crossover thrown into the mix.

What have been some of your biggest challenges so far?

Too many to list, haha. We are that band that everyone jokes about having bad luck (it’s unfortunately very true). I can say that getting arrested on tour was my least favorite.

Anything you would like to add/say to your fans? 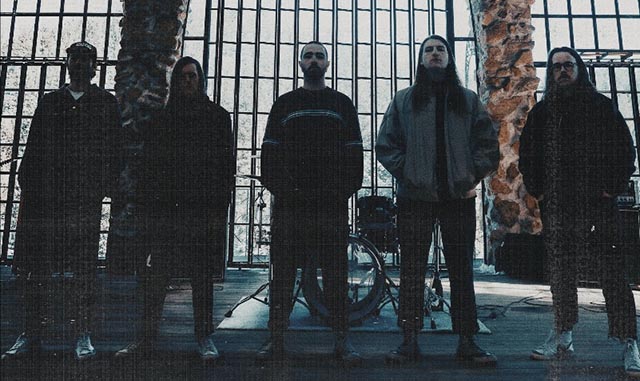