Atlanta black/death outfit Withered have a new album coming up soon titled Grief Relic and will be the first album in 6 years after their amazing 2010 record Dualitas, and we are very eager to get out hands on it in May 27th which is when Season of Mist will release it, but gladly, we don’t have to wait that long to hear a new track.

The band released a new track titled “Feeble Gasp” and it sounds amazing. Frontman Mike Thompson explains about the single:

“This song was designed to capture the glory of of levity experienced at the peak of extreme emotional or physical suffering.

It’s the bright crisp moment when your psyche detaches from the suffering and you are afforded the opportunity to perceive beyond the limits of your pain.

It’s somewhat of a traditional energy for Withered so I think there is a sense of comfort that accompanies the experience.”

He also commented regarding the new album:

“We felt the need to do something very intentional withGrief Relic,” guitarist/vocalist and band founder Mike Thompson tells Decibel. “You know that sense of timelessness you get when you go back and listen to some 20-year-old metal record and it’s just as relevant now as it ever was? It’s not really about nostalgia and definitely not about rehashing anything. Just the need to continue carving out a sonic identity like the great bands of the late ’80s and early ’90s. We focused on song arrangements and an album structure that would offer a real emotional experience and, of course, we loaded every song with a lot of typical Withered twists and turns. It’s progress for the sake of progress without abandoning our identity.

Get your pre-orders in through Season of Mist right here. 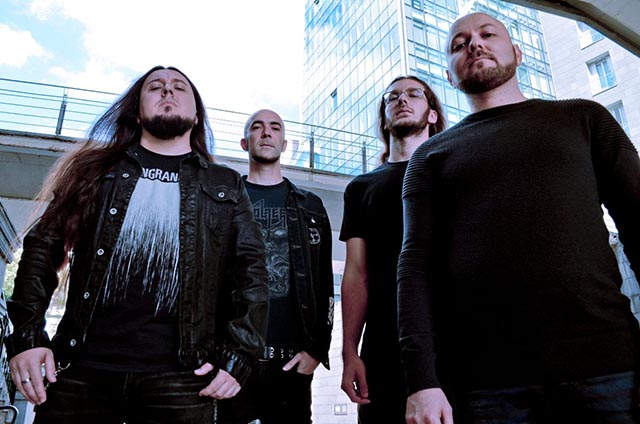