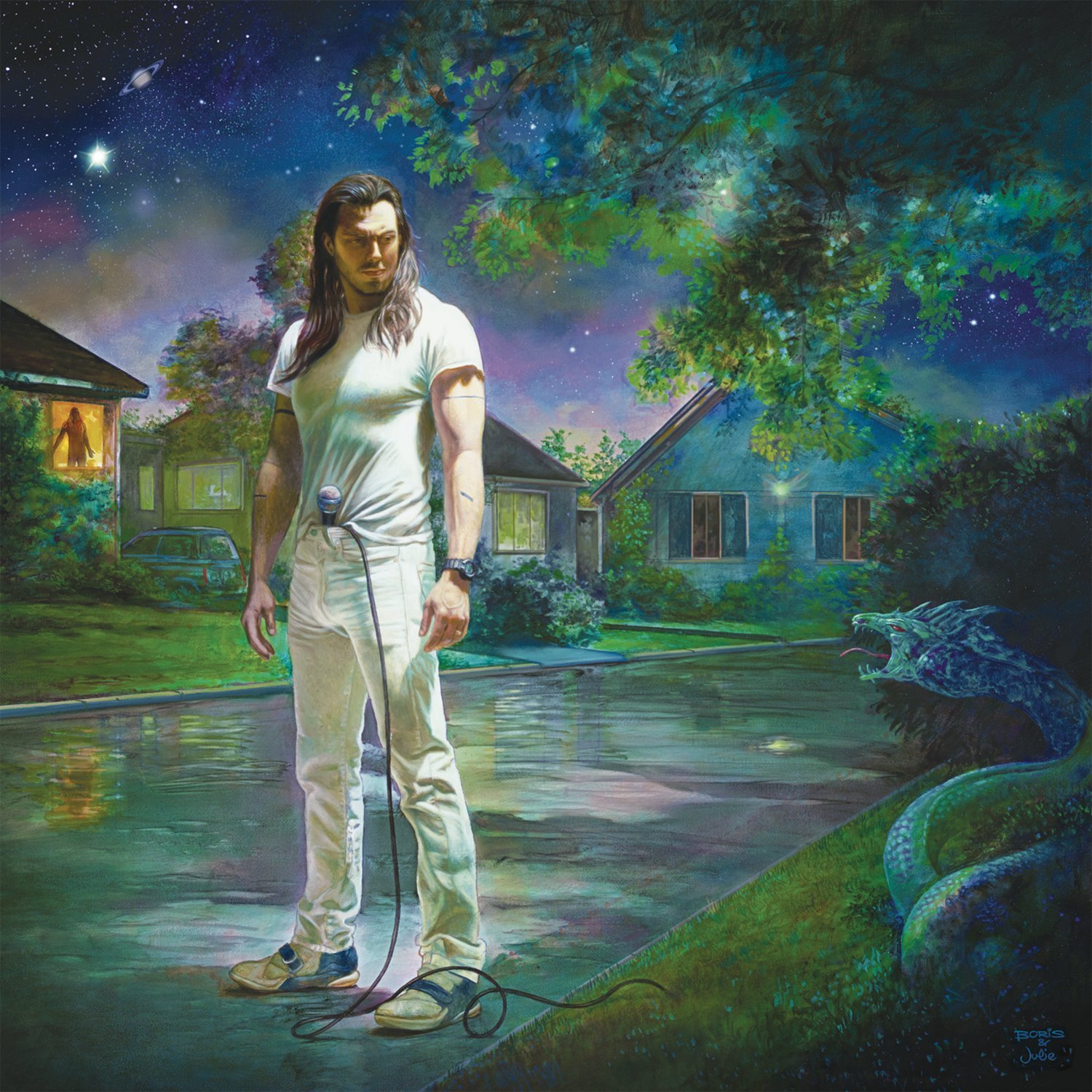 When MetalSucks re-broke the story last year, I kept quiet. When I came across this bizarre RockFeedBack interview yesterday, I kept quiet. For two reasons: one, it makes my head spin to the point of illiteracy and two, it scares me. I’ll get into the latter in a bit, and I can thank Gawker for solving the former by doing the concise writing for me.

So, according to conspiracy theorists (and possibly now Andrew W.K. himself), Andrew W.K. is not a real person but rather a performance character developed and portrayed by multiple people. I found myself caught in the middle of this in the Winter of 2005. Read on, if you dare.

Here is the story, which has been around in various forms since I Get Wet came out in 2001: shadowy figures (we always heard that I Get Wet/Andrew’s whole thing was orchestrated by Dave Grohl, but his name has been absent from the more recent conspiracies!) “invented” Andrew W.K., or Andrew W.K. never existed at all, or he used to exist but was at some point (2005) replaced with an actor.

Here is the whole conspiracy. Andrew W.K. is, or was, someone named “Steev Mike,” who is or isn’t the real Andrew W.K., and who was listed as “Executive Producer” on I Get Wet. Andrew either used to go by the name Steev Mike and no longer does or he never did and Steev Mike is someone else (Grohl?). And then there was a great big switcharoo, and now post-2005 Andrew W.K. is a different dude.

As far as we can tell, the deal is, this goofball metal kid made a bunch of awesome party music, and got attention for his awesome party music, and then the “Andrew WK Persona” thing was put together by a bunch of people including probably Grohl and Andrew’s estranged former manager, and then he recorded his followup album by himself, so it sounded different, and then at some point in 2005 he shaved and lost weight and apparently that baffled enough people that it became a vast conspiracy theory.

And because he is a complete goofball who says lovably bizarre things his statements on the matter tend to just confuse people all the more, like when he is all “I am not the same person as I was” and people are like he is not the same person!

The whole 2005-switch/impostor theory started with a December 2004 show in Elizabeth, New Jersey, put on by college radio station WSOU. Here is one tin-foil-hattie’s account of what the conspiracy theorists say took place:

At the December 18 [Ed. Note – it was the 17th], 2004 concert in Elizabeth, New Jersey, audience members and security staff claim that the person singing on stage in AWK’s signature white outfit wasn’t actually Andrew WK, but someone dressed as him, and filling his place as a front man. Less than half way through the set, this “Andrew WK” suddenly left the stage, and the rest of the show was canceled, causing quite an uproar. Radio sponsor, WSOU, was also confused and angered, as they tried to figure out what exactly happened. A wave of phone calls flooded the station, with people asking, “What happend at the Andrew WK show? Who was that person on stage?, etc.” There were never official answers to most of these questions, but the Andrew Wk camp scrambled to try and handle the uproar, and deflect as many of the accusations as possible.

And now, the turn: I booked and put together the WSOU show during my tenure as program director of the station that year (dun dun dun!!!)!

Here’s what I know: I can neither confirm nor deny any of the above, but that shit was weird, and neither I nor WSOU were involved if any such conspiracy exists.

I booked the show through Andrew’s then-manager, Trevor Silmser. I personally picked up the backing band from the airport and drove them to the venue. Everything seemed on the up-and-up. Andrew was planned to spend the afternoon at the venue, hanging out with the grateful WSOU staff. At some point right before doors, I was told that he would not arrive until shortly before the set. That certainly seemed unusual from someone famous for his go-out-of-his-way ethic. A car pulled up just minutes before the band was to take the stage, and Andrew (or “Andrew”, depending on your level of crazy) quickly shuffled into the building and to the stage, face covered under a hoodie. After the show, he threw himself back in the hoodie and ran back to the car, a la Michael Jackson’s babies. Looking back, I suppose that behavior was odd, but I didn’t think much of it at the time. I didn’t notice any especially weird behavior during the set, but I’m not an Andrew W.K. historian. He certainly looked like the guy from where I was standing off-stage.

The bit about cutting the set short is true, but that wasn’t Andrew’s doing – it was myself and the concert promoter, because we were going to run past curfew.

Immediately after the concert, someone called my cellphone to thank me for including him in the event. He claimed to be Andrew W.K. He sounded like Andrew W.K., and he sounded sincere. We never sought the guy out to play the show. In fact, the station didn’t even play his albums at the time. He was just a big, big fan of the station who went out of his way to tell us so (See that story here) and I jumped at the opportunity to bring a big name on board. He played the show for nothing but the cost of airfare and hotel for his band.

Of course, I had a hard time convincing that to the hundreds of callers that flooded WSOU’s request lines and my direct business line each and every day in the weeks following the show. And because I’m incapable of walking away from an argument (and because I had to take accusations of knowingly charging concertgoers to see an impostor seriously), I spent way too many hours pleading with message board nutjobs and callers who insisted I was part of the conspiracy because I denied it. Anything short of an admission was considered a lie. And those friggin’ people broke my voicemail while also rendering the request line more or less useless for weeks.

I called Silmser a few times, begging for an announcement from Andrew so business could return to normal at WSOU. He claimed to have no idea what I was talking about. Again, whether that means he’s a part of the conspiracy or just a manager who was too busy to deal with message board tomfoolery is up to you. But it seemed like every time I tried to get some help from the source, yet another bizarre statement and character would pop up on Andrew W.K.’s site and/or message board and the backlash from the crazies only got worse for me and the station. I think at some point there was a theory that I was posting on the board under a handful of names to help bury the theories. But really, it was just me, unwillingly thrown into all this insanity.

Eventually, it all just faded away and I forgot about the whole ordeal until MetalSucks picked up on it last year.

That’s all I know. Now I’d appreciate a wave of traffic from the tin-foillies, but please don’t break Metal Insider.

In the RockFeedBack interview, Andrew clearly admits to the whole multiple-actors thing. The official Andrew W.K. site is issuing bizarre denials. Andrew’s Santos Party House is hosting a live Q&A on February 23 with the man himself, where no doubt this will at least be addressed by the audience.

My theory? Same as Gawker: Andrew W.K. shaved and lost some weight in 2005, and is running with his deranged fans’ story for fun and/or continued exposure. But between this and my catching up on Lost marathon last month, my head really fucking hurts.