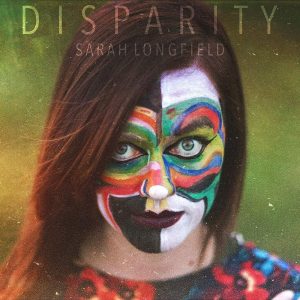 New & Noteworthy is a weekly column in which we highlight some of the newest rock and metal releases coming out each week. It’s that time of the year where everyone starts prematurely putting out their Top of 2018 lists,  so the, so the big releases are start dropping,  but this week’s biggest thing appears to be a couple Blind Guardian reissues. Be sure to check out the last week’s New & Noteworthy for what all came out last Friday. If you want to see last week’s sales numbers, you can read about those in Metal by Numbers. Also be sure to follow us on Spotify to get this month’s New & Noteworthy Playlist, updated every Friday.

Just coming off a tour opening for Wintersun and Ne Obliviscaris, Wisconsin multi-instrumentalist Sarah Longfield releases her newest album Dispartity. For those unfamiliar with her, as I was before this she plays really technical, melodic instrumentals in the vein of Animals as Leaders and Chon. Check out her guitar playthrough video for the song “Cataclysm” to see for yourself. Disparity is also available on Bandcamp, and if you like her work you can also subscribe to her on Patreon for future releases. 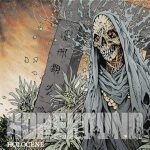 Holocene is the second album from the Pittsburgh doom metal band Horehound, and first release since signing with California based doom/sludge/stoner metal label Doom Stew records. For the release of the first single “L’appel du vide,” put out a real trippy visualizer to properly portray the mood of the track. Holocene was debuted early this week by Decibel Magazine. Tomorrow night (12/1) they will be playing their CD release show at the Brillobox in Pittsburgh, and I plan on making it to that one.

German power metal band Blind Guardian has been reissues a lot of their back catalog recently, and today another wave hits the shelves including A Night At The Opera, Imaginations From The Other Side, and Nightfall In Middle-Earth. All of these albums were remixed and remastered for this reissue, and also include being reissued on vinyl.

Tags: A Night at the Opera, Blind Guardian, Disparity, Holocene, Horehound, Imaginations from the Other Side, Nightfall in Middle-Earth, Sarah Longfield