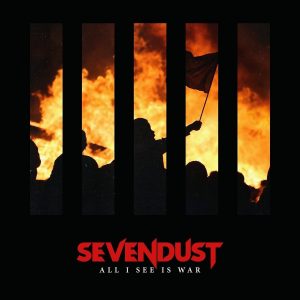 New & Noteworthy is a weekly column in which we highlight some of the newest rock and metal releases coming out each week. This week is a pretty short one as far as new releases go, which I suppose is fortunate for me since I will be hosting the metal stage at the Millvale Music Festival tomorrow here in Pittsburgh. If you would like to check out the last New & Noteworthy, you can do so here, and if you want to see last week’s sales numbers, check those out in Metal by Numbers. Also be sure to follow us on Spotify to get this month’s New & Noteworthy Playlist.

Sevendust, All I See Is War (Rise)

All I See is War is the twelvth studio album from the American alternative metal band Sevendust. It was recorded at Studio Barbarosa in Gotha, Florida with producer Michael “Elvis” Baskette” (Slash, Trivium, Alter Bridge, etc). This is the first time the band and Elvis have worked together, and it is also the band’s first release since signing to Rise Records. Teasing the release, they have released music videos for the first two singles “Dirty” and “Not Original.” The band will be touring North America all this month, starting earlier this week. All I see Is War is also available on vinyl. 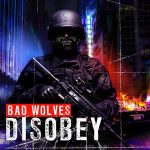 It’s not very often these days when a rock band strikes a nerve in popular culture. However, Bad Wolves’ decision to record a cover of the Cranberries “Zombie” took on a life of it’s own after the band’s Dolores O’Roirdan died the day before she was set to add some vocals to the newer band’s cover. This is one of the first times a rock band has had the #1 selling single on iTunes in the last few years. However, it doesn’t end there, as members of Vext, God Forbid and Bury Your Dead comprise the band, and it’s a surprisingly heavy album. 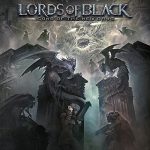 Lords of Black , Icons of the New Day (Frontier)