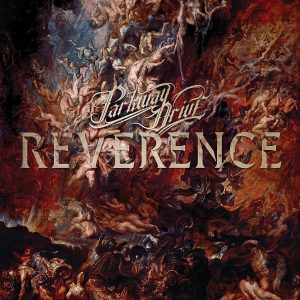 New & Noteworthy is a weekly column in which we highlight some of the newest rock and metal releases coming out each week. This week brings new releases from Parkway Drive and Dimmu Borgir. If you would like to check out the last New & Noteworthy, you can do so here, and if you want to see last week’s sales numbers, check those out in Metal by Numbers. A Perfect Circle led up the heavy releases with 63,000 copies of Eat the Elephant sold in the first week. Also be sure to follow us on Spotify to get this month’s New & Noteworthy Playlist.

Reverence is the sixth studio album from the Australian group Parkway Drive. Not breaking tradition, they once again teamed up with producer George Hadjichristou for the album. Leading up to release they have released music videos for the first three  singles: “Wishing Well,” “The Void,” and “Prey.” They kicked off their North American tour towards the end of last month, with Stick to Your Guns and Bad Omens opening. Including tonight’s show at Carolina Rebellion, they have 8 more dates in the US before heading over to Europe. Reverence is also available on vinyl. 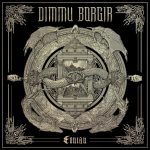 It has been eight years since the release of their last studio album, Abrahadabra, but Dimmu Borgir is back with Eonian. While the album has been in various stages of production since 2013, a number of things along the way kept setting the band back, including the wrangling of an orchestra to play along for a couple special shows, which ultimately was filmed for released as Forces of the Northern Night. They’ve been teasing this album since December, and the two tracks “Interdimensional Summit” and “Council of Wolves and Snakes” both got music videos. They will be touring the world pretty much until the end of the world, with a limited 4 dates in North America. Eonian is also available on vinyl and cassette. 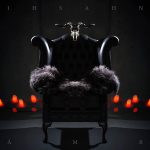 Ámr is the seventh studio album from the Swedish black metal artist Ihsahn. The album follows up his 2016 really Arktis, which was released two years ago last month. In February the song “Arcana Imperii” was released with a music video. Currently the band is playing a string of show in Australia, although they have no scheduled North American shows. Ámr is also available on vinyl.

And hey, if all goes well we may even get a collaboration between Ihsahn, Nergan, and Rob Halford in the future.

Sanhedrin, A Funeral For The World (Cruz Del Sur Music)