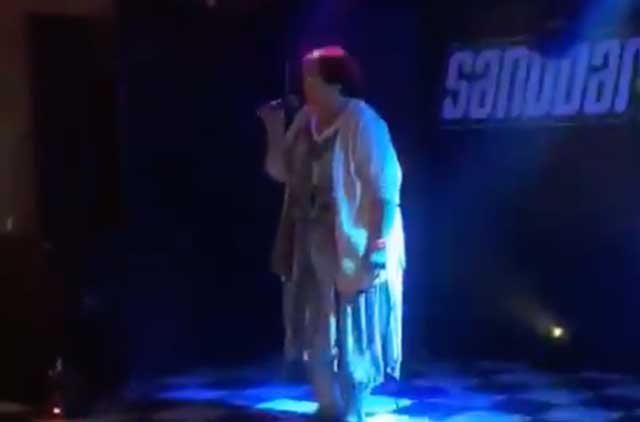 Video of a woman covering Drowning Pool’s “Bodies” at a karaoke bar in Maryland went viral Wednesday (18th). Dressed unassumingly in a billowy floral dress and white cardigan, the woman struggles atonally through the sung verse, but nails the more aggressive chorus, getting growly and guttural at the perfect moments. She then proceeds to get down next to the live guitarist playing on stage, really getting into the song’s groove.

The video has already racked up more than 3.78 million views on the Whiskey & Randy Facebook page.

One of those viewers was Drowning Pool themselves. The band shared the video to their Facebook page, prefacing it with the caption “What a bad ass!”

Since posting, comments on the video have concluded that the woman singing is Cindy Miller from Hagerstown, MD. The comments note that she is a registered nurse and cancer survivor.

This isn’t the first time a person of a certain age went viral for covering “Bodies.” Back in 2016, an older gentleman named John Hetlinger covered the song on America’s Got Talent. That performance also caught the attention of Drowning Pool, who invited him to perform the song with them during the Chicago Open Air festival that year.

Drowning Pool have a couple of US shows taking place over the next couple of months. The band’s latest album, Hellelujah, was released in 2016.