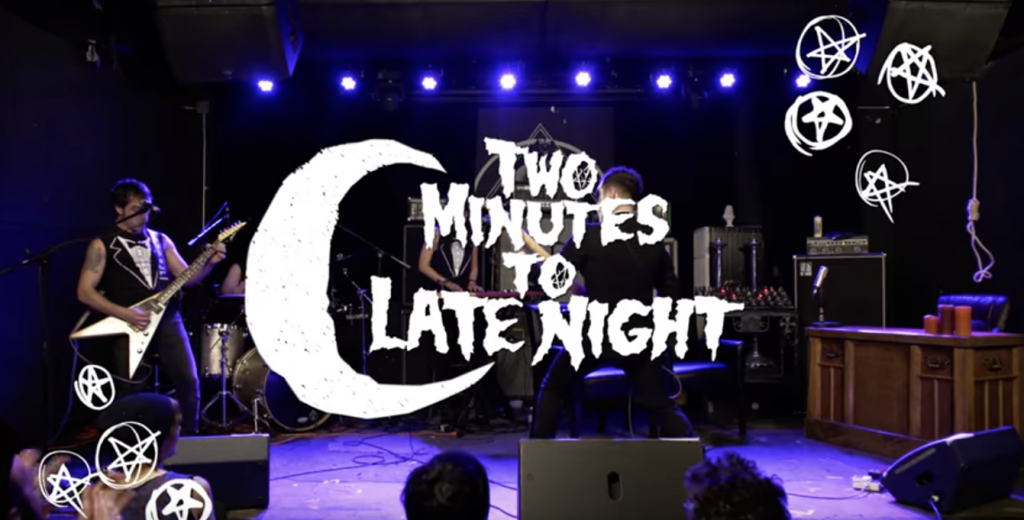 Today the metal-themed comedy show Two Minutes To Late Night has finally released its first full-length episode. The series known as the “world’s only heavy meal-themed talk show,” is the first of an eight episode series following a handful of mini-epidodes, a pilot, and more. Hosted by “GWARsenio Hall,” the show also features Mutoid Man as the house band. There will be a handful of artists featured in each episode, with this one including Walter Schreifels (Youth of Today, Quicksand, etc.), Tom Stephenson, Emily Lee, Hard Melissa (Emily Panic) and more. For those interested to see a second season might want to make a donation on their patreon account.

Check out episode one below: