Queens of the Stone Age have had a sly sense of humor since they emerged with their self-titled album 19 years ago. The band have generally underplayed how funny they can be, but song titles and lyrics have an acerbic wit about them. The run-up to Villians, their latest album out on Friday (25), however, has featured comedian and songwriter Liam Lynch in a series of sketches. The first one featured the band taking a lie detector test, while the latest features Lynch having a focus group with the band’s back discography.

Of course, none of the albums has much to say about Villains, but each album cover gets a little more verbose until they actually start moving. It’s all very surreal and hysterical, while also reminding fans of the rich back catalog the  band has. Villains is out on Matador on Friday, and can be preordered here. 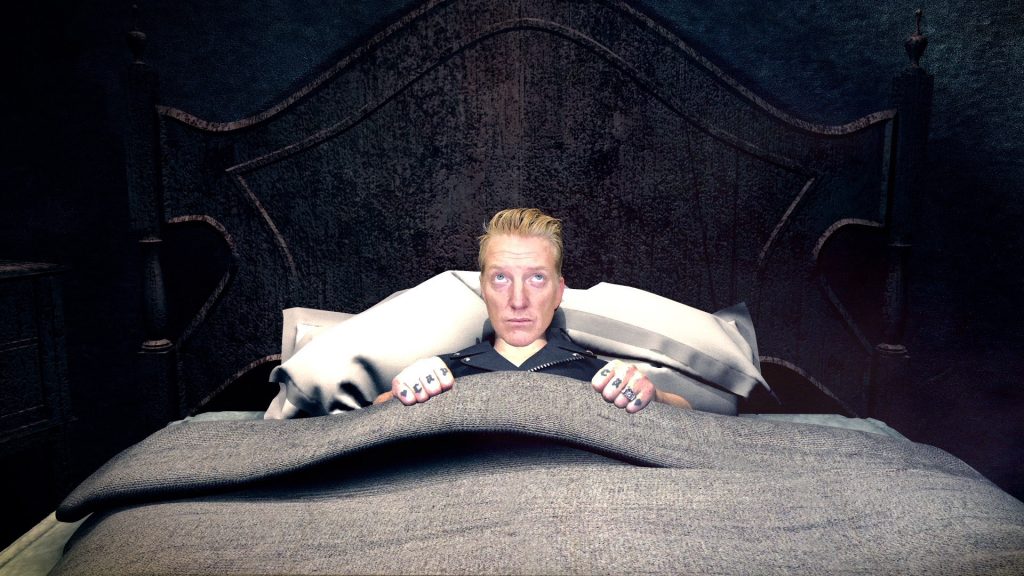