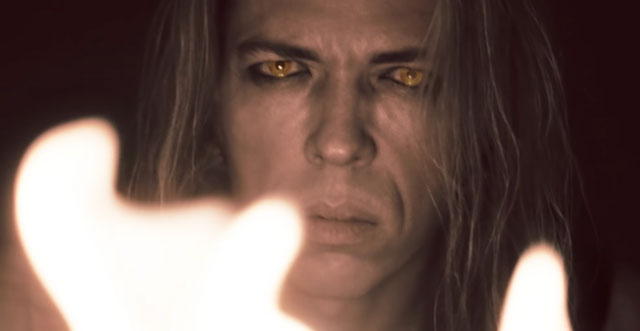 Earlier this morning, we heard fresh material from Testament and Nightwish. However, there’s typically a plethora of material worth watching, and we compiled a list of ten new videos for you to vote for your favorite. Last week, we shared ten videos and based on the poll, the winning video is from the New Jersey hardcore/metal outfit On Sight with their song “Expired.”

Italian alternative metallers Elyne’s new album, Art of Being Human was released today (6th). To celebrate their overall third full-length offering, the group premiered a video for the song “Light It Up,” which features Of Mice & Men vocalist Aaron Pauley.

“When we started writing this new album we didn’t have something like this in mind. I remember just being in my studio writing on a piano this song and immediately felt like his voice would have been such a crazy thing. We met Aaron in Italy when we shared the stage together with Of Mice & Men so we had him listen to the song and asked if he’d be up to collaborate and he came up with these amazing vocal lines and lyrics that were 100% perfect for the song. It’s been an easy process and I am so proud to have him on such a special song.”

Intronaut released their new album, Fluid Existential Inversions, last Friday (28th) via Metal Blade Records. This week, the group has continued to promote their latest effort by premiering a video for the song “Speaking of Orbs.”

Lost Symphony has unveiled a video for the song “Premeditated Destruction.” The track is taken from the new symphonic power metal project’s debut album, Chapter I, which will be released on March 27th via XOff Records (check out our interview with Benny Goodman here). The track features guest performances from Brock Richards (Starset), Richard Shaw (Cradle of Filth), Jimi Bell (Autograph, House of Lords), and session guitarist Matt LaPierre.

“Musically, it was written as a rebuttal to anger. It’s a culmination of all the guests who turned it into the vibe it has.”

Burning Witches has premiered a video for the song “Six Feet Underground.” The track is taken from their new album, Dance With The Devil, which is out now via Nuclear Blast.

“’Six Feet Underground’ was the last song we wrote for the new album and it came together just a week before we entered the studio. It’s very melodic and catchy — if you hear it, you can’t help but sing along!”

Apocalyptica surprised us today (6th) with a brand new song and video, “Live or Die,” featuring Sabaton frontman Joakim Brodén. The Ville Juurikkala directed video was filmed in Berlin, Germany and the song was recorded in Finland with Apocalyptica and Martin Hansen (Scorpions) producing.

Conception, the progressive metal outfit featuring former Kamelot singer Roy Khan, will release their first album in over two decades, State of Deception, on April 3rd. This week, the group premiered a lyric video for the song “Waywardly Broken.”

Beyond the Black have announced their new album, Hørizøns, will be released on June 19th via Napalm Records. To celebrate their upcoming effort, the German symphonic metal outfit has premiered a video for the song “Misery.”

Orlando hard rockers The Dev have unleashed their sophomore single, “Queen of the Damned.” For those who enjoy bands such as The Pretty Reckless and In This Moment would want to listen to this fresh track.

“It’s about a broken heart, breaking hearts. The girl who was damaged, now lurks the nights where men fall in love with her and even with her warning, they burn themselves in the end. It’s the epitome of break up songs, and a be free song. Where love interests are the last thing in your mind and you just want to be wrong because you’re hurt and it feels right.”

Swedish melodic black metal outfit Naglfar have unleashed a video for the song “Cerecloth.” The track is the title track for their first album in eight years, Cerecloth, which is scheduled to arrive on May 8th via Century Media Records.

“We are proud to hereby reveal the title-track from our upcoming album. ‘Cerecloth’ marks our first cooperation with Umeå-based Arevärn Film, and we couldn’t be more pleased with the result. This is a perfect presentation of what NAGLFAR is about in the year 2020. We hope that you will enjoy.”

Clio Cadence, the up and coming singer/songwriter has revealed a new video for the song “Drive.” The track is about finding the courage to leave a toxic relationship as the singer explains:

“‘Drive’ is a song about the struggle to stand up for yourself and leave a relationship that has become toxic. Sometimes we get trapped by possessions, people, and worry about what others will think. Sometimes you have to leave everything behind to save yourself. The video shows the struggle of staying with someone with a drinking problem. The happy times vs. the bad.”