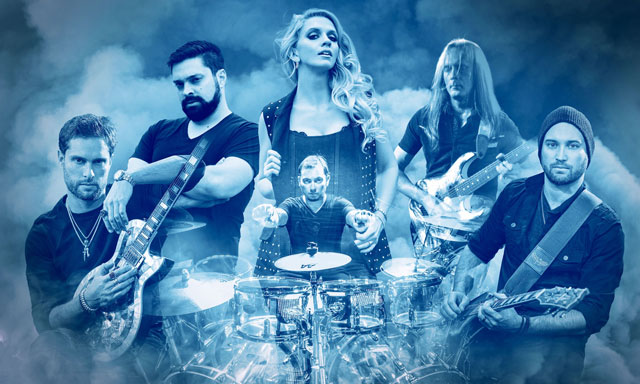 Can you talk about the formation of Lost Symphony?

It started off as a heart project I started doing in between sessions and gigs. I always wanted to write music that was like a soundtrack to what was going on in my head, with the ferocity of metal and the drama and bombast of what I love about classical music. Jokingly, I had asked who the best guitarists were in the world to my social media and I kept hearing Kelly Kerliuk. So like a total creep, I friended him and asked if he would entertain the idea of playing on some stuff I had composed with my brother Brian. Since then it has just snowballed into something I will be forever proud of.

How would you describe Lost Symphony’s overall sound?

It’s definitely an amalgamation of a few things. One part classical music, one part film soundtrack, with a nice smattering of heavy metal shred. 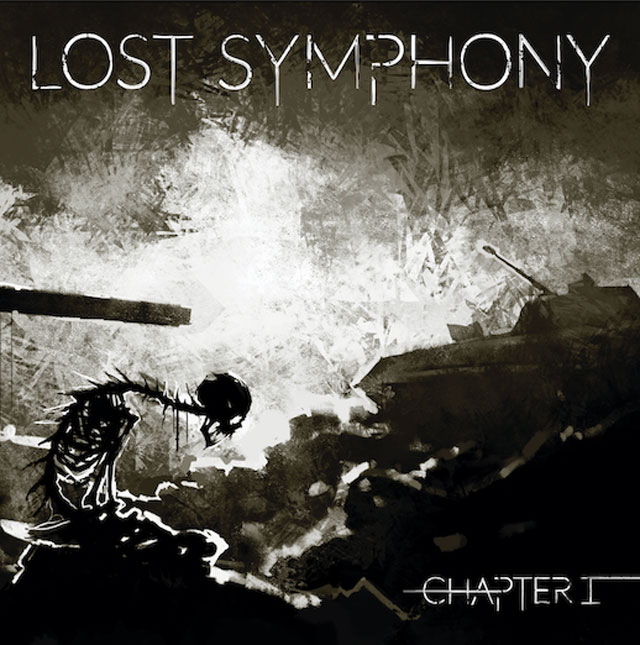 Chapter I features a lot of guest musicians, how did you get everyone on board?

Clearly my winning personality. But really, it started with being personal friends with Jason Costa from All That Remains. I begged him in the dead of winter to listen to the first demo and to play drums on it. After everything was said and done, Jason told me that Oli Herbert, his guitarist, would be “all into this” and that’s when I met Oli.

When Oli took interest I had really no idea the level of respect the industry and his peers had for him. I stopped listening to metal in the early 2000s so I really hadn’t a clue of what an amazing player and even more amazing of a person he was. Because of the respect people had for Oli, and I’d like to think about the quality of the music, we were able to get some truly incredible players to be a part of this.

Of course, when Oli was taken from us, many musicians reached out because this was some of the last music he ever made. He would always say how much it really spoke to how he wanted to compose and how much the sound was something he thought was truly unique and proud to be a part of. We took that and ran and have been humbled over and over with the incredible players we have had the supreme privilege of being able to work with since.

This must have been a longtime in the works since the late Oli Herbert is featured on the record including your single “Singularity.” Can you talk more about his contributions?

Oli was a musical soul brother to myself, Cory, and my brother. In between tours and on a lot of his downtime he used my studio as refuge to get away, compose, and nerd out with us. We spent months over a course of a few years just working out solos, parts, and recording stuff for various projects, all the while goofing around.

The new record marks one of the first of three releases you have set planned for this year. Can you talk more about what fans should expect from Chapter II and The Five Stages of Death and Dying EP?

This has been a long process of recording, collaborating, and figuring out what goes where. I’m from the school of wanting to listen to a record from start to finish. Everything from the flow to the dynamics.

After having worked with so many incredible players and really having a lot of material so we wanted to make sure each album can stand on its own and that there was a progression. With this project, there has been no B material, so it really came down to which songs worked best for one another.

For the second record, the songs get a little more progressive and grandiose and the third record is really something we wanted to bring home as a tribute to Oli. We are beyond excited to have people hear this stuff, some of it I’ve been listening to for half a decade.

Do you have any plans for a live show or tour?

The music industry is a tough one and certainly instrumental, shred rock is not as marketable as, say, Ed Sheeran. Touring is a labor of love and a lot of money and what we have envisioned for a live show is very visual.

So the short answer is we would really like to but it comes down to the world wanting it enough for it to make sense. There is nothing that would personally make me happier than being able to play these songs live. It’s a very different thing than just hearing it on record and I know the players in this band can pull it off and then some, which is worth the price of admission right there.