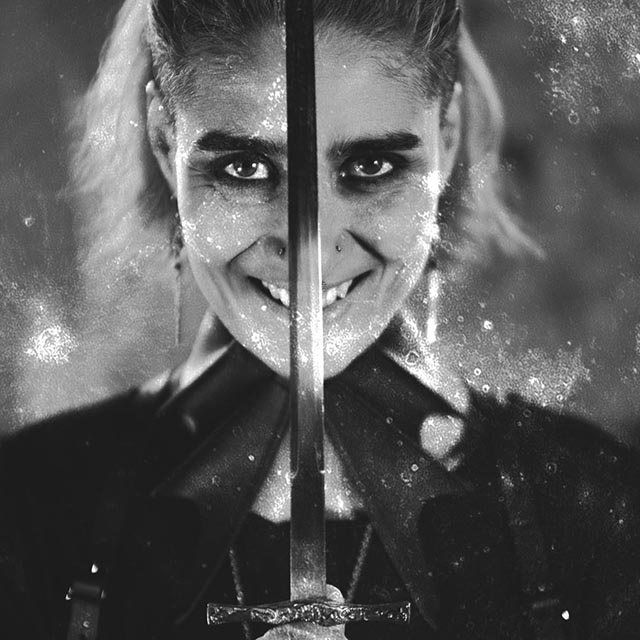 Dark gothic metal solo project The Inferno Doll, led by artist Laura “Inferno” Vargas, has teamed up with Metal Insider for the premiere of her new video, “Ghost Waltz.” The track is taken from her latest EP, Sacrifice. The former Sacramento singer formed her solo journey in 2013, and by 2015, her debut album Dollmination arrived. Originally from Chile, the artist now resides in Calgary, Canada. Her gothic project, inspired by gothic literature, and horror, with works such as Bram Stoker’s Dracula, transpires to an assortment of sorrow and dark melodies.

Vargas comments on the clip, filmed and directed by Erik Labossiere at the Grand Theatre in Indian Head, SK:

“This is a dark love song. Of an immortal soul trapped in an old theatre that has become her fortress. She dances day and night to gain the strengths she needs to be whole again as she is the only one who can help her. She knows what love is but because she’s been forgotten, she cannot feel it anymore. Like when Dracula falls in love with Mina. Dracula becomes vulnerable (inspiration from the show Castlevania) and hurt when humans take his loved one away. This is what the ghost in “Ghost Waltz” feels. Even though she’s still in a strange human form, once she’s ready to leave her fortress, she will become an immortal.”