Bay Area power metallers Dire Peril featuring Jason Ashcraft of Helion Prime and vocalist John Yelland of Judicator are gearing up for their new album The Extraterrestrial Compendium, which will be released on November 9th via Divebomb Records. For those who enjoy mixing metal with science fiction and horror, this LP is for you. The record consists of 12 songs based on classic films including Predator, Total Recall, Starship Troopers, and E.T, and features guest performances by Brittney Slayes (Unleash The Archers) and Ayreon mastermind Arjen Lucassen. Today (17th), we are excited to premiere the video for the song “Blood in the Ice.”

The track is based on John Carpenter’s 1982 classic The Thing as Ashcraft explained:

“We are pleased to release the first official music video. The song ‘Blood In The Ice’ is based on John Carpenter’s ‘The Thing’, which is a personal favorite of our vocalist John. When writing this song it was the only one I didn’t have a movie chosen for and told him he’s welcome to choose the movie. I think it worked out great as the music really captures the essence of that film. For the video we decided to have some fun with it. John ended up writing a script for an original story that basically pays tribute to the film.”

Check out the video below and pre-order The Extraterrestrial Compendium here.

Dire Peril will be on tour in November with Seven Kingdoms. 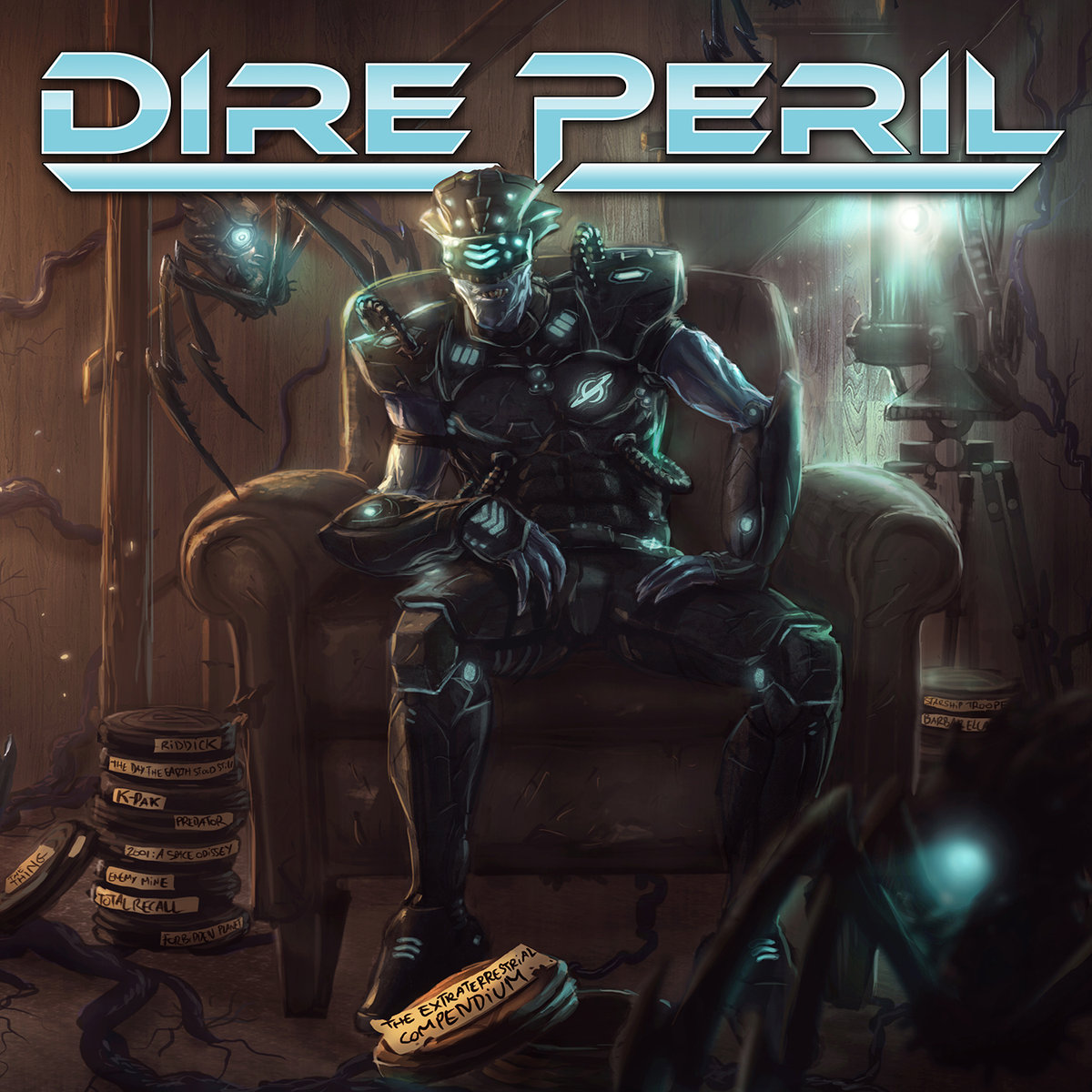