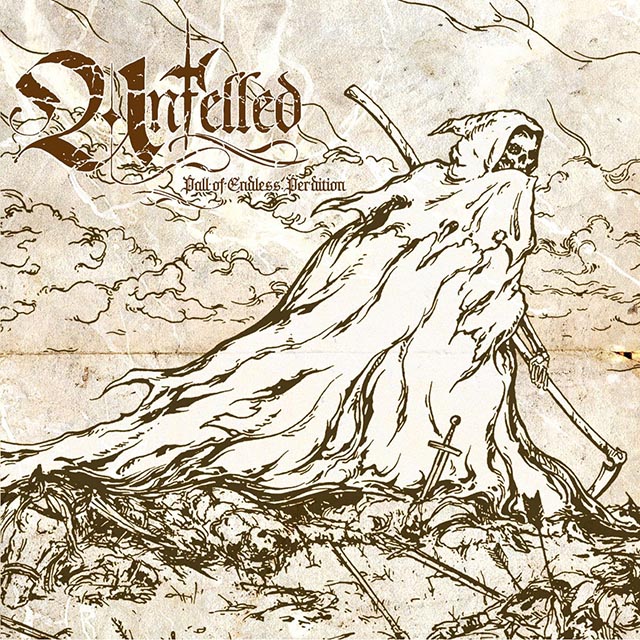 Pagan black metal project Unfelled (featuring members of Woods of Desolation and Drudkh) have announced their debut full-length album, Pall of Endless Perdition, is scheduled to arrive on March 10th via Season of Mist Underground Activists. To celebrate the album reveal, the group has shared a video for the first single, “The Opposer.”

“Perhaps the archetype of the album’s focus, ‘The Opposer’ musically and lyrically fuses fury and valour, whereby through death one may remain Unfelled.”

01) An Epoch in Bloodshed