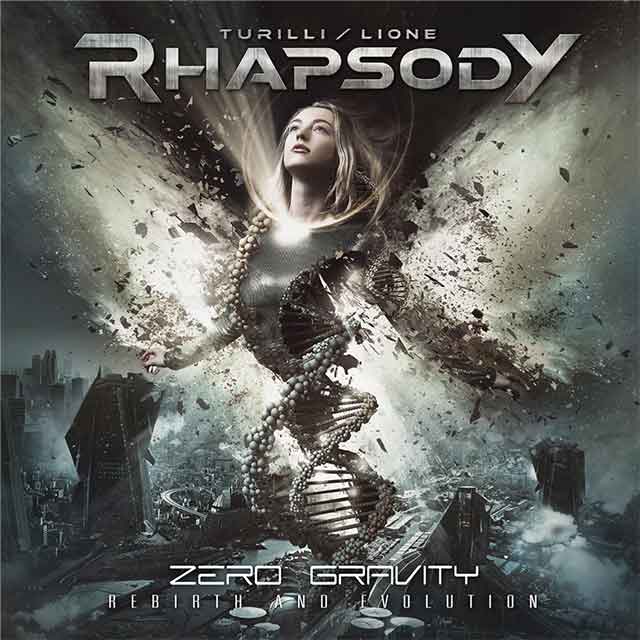 Lione commented on the song:

“‘Phoenix Rising’ represents the bridge between our past and our artistic future, including some elements of the traditional symphonic metal school combined with heavy guitars, the modern sounds we love nowadays and an ethnic interlude featuring the unique voice of Mongolian artist Uyanga Bold. Once recorded, ‘Phoenix Rising’ got immediately stuck in our head and we found ourselves singing the chorus all day long. For all these reasons we consider it as the perfect opener for our debut album and for our upcoming live shows!”

“Fabio’s emotional performance underlines the intense lyrics inspired by sacred geometry, quantum physics and the secrets of the ancient wisdom, telling about a human being and his dramatic process of self-realization after experiencing an inner quake and the impelling need to move beyond the illusion of duality and the loops related with the material aspects of life in order to reach a higher level of consciousness and find his place in the geometry of existence.”

“Phoenix Rising” comes from the band’s upcoming debut album Zero Gravity (Rebirth and Evolution), out June 28 on Nuclear Blast Records (and King Records in much of Asia). The record was funded through an Indiegogo campaign, earning over $68,000 from fans eager to hear the new project.

It’s that mantra of rebirth and evolution that helped form Turilli/Lione Rhapsody. Following Rhapsody’s 20th Anniversary Farewell Tour, the band was formed as a way to keep the collaboration going and, according to their Indiegogo page, create:

“a whole new generation of symphonic metal, enriched with modern elements typical to music productions they love so much.”

The duo brought on guitarist Dominique Leurquin, bassist Patrice Guers and drummer Alex Holzwarth, all of whom are also former members of Rhapsody.

“This debut album will definitely present the multiple faces of our new band,” says Turilli, describing it as

“modern ultra-heavy guitars, a vocal roller coaster inspired by Queen’s masterworks, dramatic arrangements, breathing soundscapes enriched by ethnic music elements from different continents and surely the most emotional and intense lyrics we ever had. The new artwork realized by Heile represents the synthesis of such evolution and the deep heartfelt message related with it.”

“Zero Gravity (Rebirth And Evolution) represents the perfect evolution of a musical vision we had, a great artistic collaboration to create a new fresh sound with amazing ideas, great production, hard work from great musicians and people involved and most importantly, a fantastic start for this new band. The new artwork realized by Heile represents the synthesis of such evolution in music and an amazing work that underlines the musical adventure you will have and feel listening to the record.”