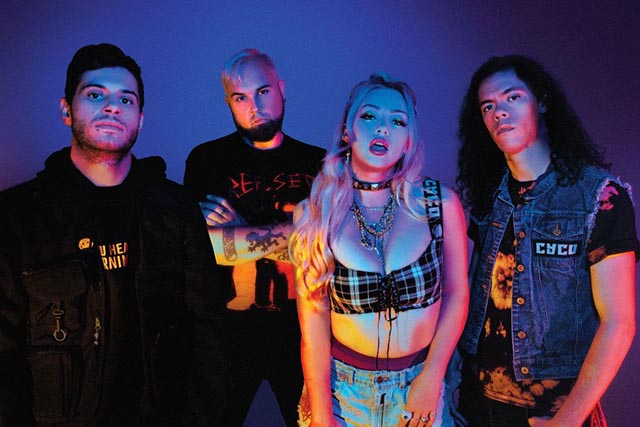 After recently signing with Napalm Records in late 2020, Sumo Cyco have announced their new album, Initiation, will be released on May 7th. To celebrate the announcement, the Canadian metal outfit has shared a video for the new single “Bystander.”

“‘Bystander’ was inspired by the frustration of our lives turning upside down in this pandemic. I felt like instead of living my life, I was now a slave to a screen, watching the world fall apart right before my eyes, totally helpless. The music video depicts my character trapped in a floating house watching news events taking place on TV, and at the same time, right outside my window. This entire video was produced, filmed and edited by Matt and I in our home studio!”

Sweetnam adds about the upcoming record:

“The album’s title, Initiation, stems from wanting to invite the audience to be “initiated” into our world. There are usually two congruent themes to each of our albums – one is real-world inspiration, and the other is “Cyco City”, a comic book-esque alternate universe where all our music videos take place. With Initiation, we introduce four gangs or clubs. Our music videos for Initiation all include a theme of these clubs – whether it’s gang vs. gang, a forbidden love between opposing sides, or the idea of having to choose where you belong.” 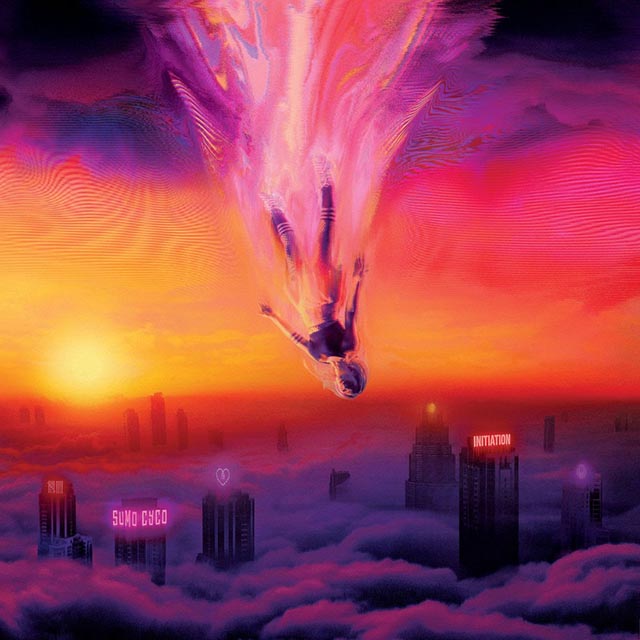