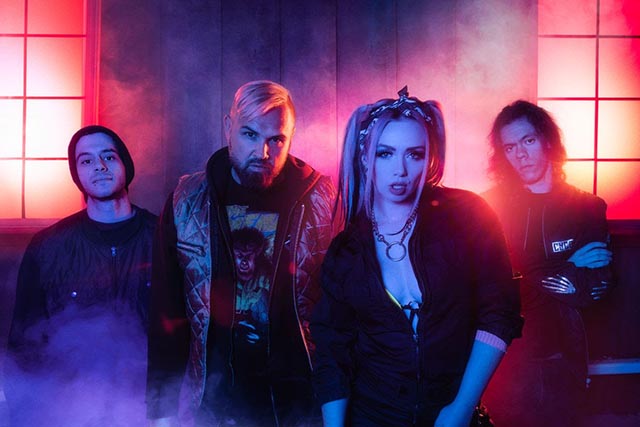 In case you missed it, here are sixteen music videos to check out.

Black Label Society have unveiled the video for the song “House of Doom,” which is taken from their None More Black box set (out now via eOne). The song is originally taken from the group’s fifth record, 2004’s Hangover Music Vol. Vi.

Withered have shared a lyric video for their new song “Casting In Wait.” The track is taken from the blackened death metal outfit’s new album, Verloten, out June 25th via Season of Mist Underground Activists (pre-order here).

“Humanity’s obsession with glorifying the ego beyond death through legacy is one of the biggest exercises in futility. It’s perhaps the most elegant & noble way to waste one’s existence here. No matter the effort put forth, the earth will rise in tide, open up in darkness, and puke ash into the atmosphere, erasing all traces. There is nothing immortal except what we all become. Worm shit that fuels earth’s inevitable return to harmony & humility.”

Sumo Cyco have shared a video for their song “Bad News.” The track is taken from their new album, Initiation, which is out now via Napalm Records.

“I’m sure many people can relate to feeling like everyday is ‘Bad News’ over and over again. There was a point in 2020 when I was so glued to the news and current events it felt like my personal identity was fading away into an abyss and replaced with a scrolling, media consuming robot. It made me miserable, but I felt like I had a responsibility to know what was going on. It took me a while to peel myself away from the constant barrage of negativity and find a balance.”

She adds about the video:

“The music video was really fun to film. I’m so lucky to have band members who are willing to get pretty weird with me. Once the make-up and prosthetics were on, the guys and I came to life as our Cyco Terrornaut family. I included some obnoxious color combos that almost make you question your sanity when you watch the video.”

Metallic hardcore outfit Tooth and Claw have shared a video for their latest single “Seventy Times Seven.” The track is taken from the group’s upcoming debut album, Dream of Ascension, out May 21st via Good Fight Music (pre-order here).