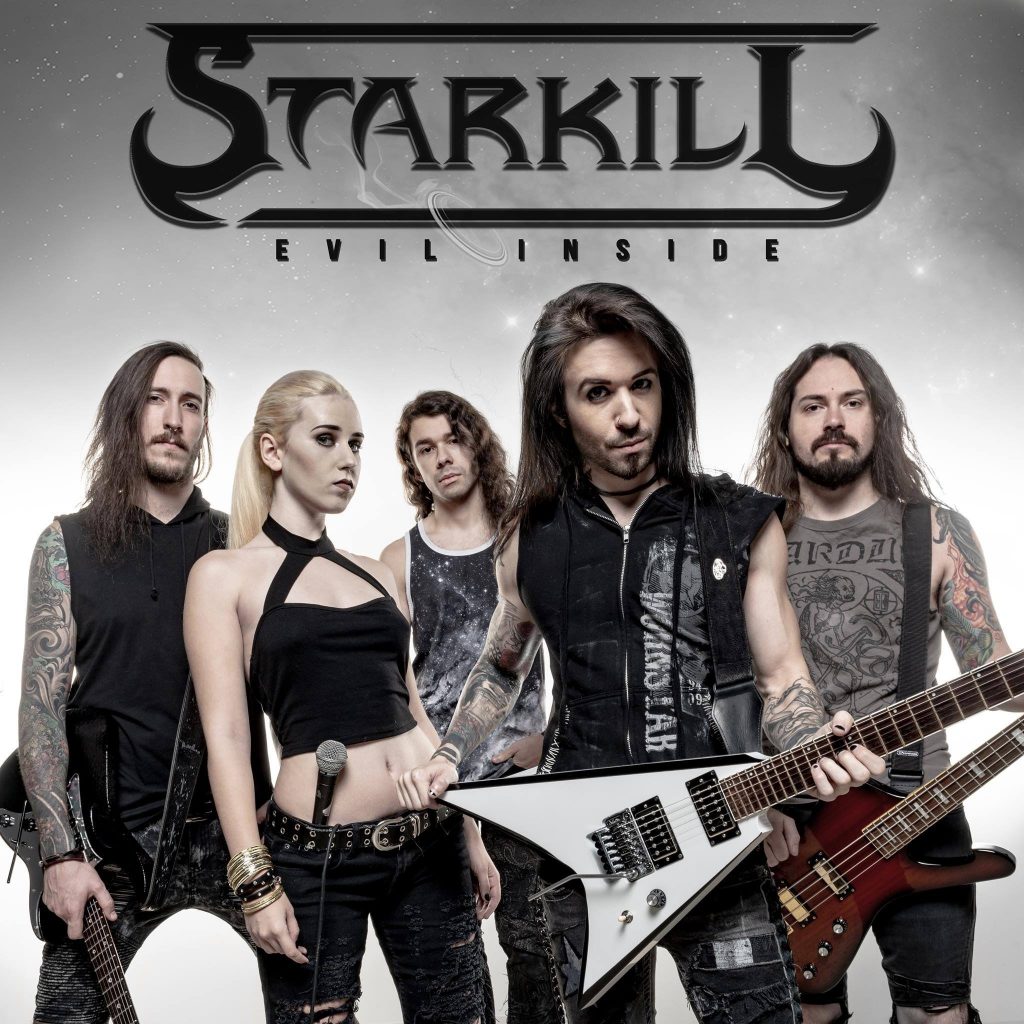 Chicago metallers Starkill have continued to reinvent the wheel since their latest effort, 2016’s Shadow Sleep. Since then, the group has embarked on quite a few tours as well as introduced vocalist Sarah Lynn Collier as a full time member. However, aside from releasing a few singles such as covering the Foo Fighters, the animated video for “Until We Fall,” and their latest track, “Evil Inside,” the group has been relatively quiet in terms of touring and a new album. Until now. Today (15th), the band has decided to independently release their fourth studio effort, Gravity. This time around, the group has expressed this will be their most ambitious LP to date as it will combine a mixture of styles including ones we are used to hearing from them such as symphonic metal, melodic death metal, as well as pushing their boundaries with some prog and gothic elements to the mix.

Gravity will mark the group’s first full-length effort having three vocalists on board including the newly recruited Collier, band leader Parker Jameson (guitar) and Tony Keathley (guitar) as they will feature both clean and screaming vocals. Continuing to push their boundaries, Starkill have also branched out to have a few guests musicians including Epica’s Coen Janssen and Swallow the Sun/Insomnium’s Aleksi Munter  for keys and keyboard production, and Olli Vänskä of Turisas’s on violin. Drum production mixing was done by Chuck Macak (Born of Osiris) and mastering was done by Troy Glessner (Devin Townsend, Disturbed) at S.P.E.C.T.R.E. Studio.

For those who are unfamiliar, Starkill have been known to have a DIY attitude as they strive being an independent band and solely rely on their fanbase for support. The group’s last few headlining tours were organized and promoted by the band as well. With that being said, perhaps one of the reasons why we haven’t seen them on the road is the fact that their touring van is falling apart, which has over 300,000 miles on it. The group has launched a crowdfunding campaign via Indiegogo where you can order the album as all funds will go towards the group’s new touring van.

“After nearly three years in the making, we are finally back with a brand new studio album, GRAVITY.

This is a fully independent release with NO record label. We are doing this crowdfunding campaign to connect directly with you guys and will be using the funds to purchase a new tour vehicle which we desperately need for all the 2019 tour dates we have booked. This is an insanely diverse and ambitious album, and we are thrilled to have had production assistance and guest performances from Coen Janssen of Epica, Olli Vänskä of Turisas, and Aleksi Munter of Swallow the Sun/Insomnium.

PLEASE GO TO OUR INDIEGOGO PAGE TO CHECK OUT OUR CROWDFUNDING VIDEO to learn more about the album and crank your speakers to hear snippets of each of the twelve brand new songs, including a brand new full video for “The Real Enemy”, which features both Coen and Olli.

Please share the news and our Indiegogo page link. It is crucial that we reach as many people as possible to have a successful launch and continue our touring journey. THANK YOU!!

Additionally, the group has shared the below album teaser, which also explains a little bit more about their crowdfunding campaign:

Starkill are one of the hardest working bands as we’ve seen them tour with acts such as Dark Tranquility, Swallow the Sun, Epica, Ne Obliviscaris, etc. over the last few years. For those who enjoy symphonic metal and melodic death metal, you will want to hear what Gravity is all about. For more information, check out their crowdfunding campaign here, it runs until April 15th. We suggest you help them afford a new touring vehicle as we would like to see them make it out to the East and West coast this year! 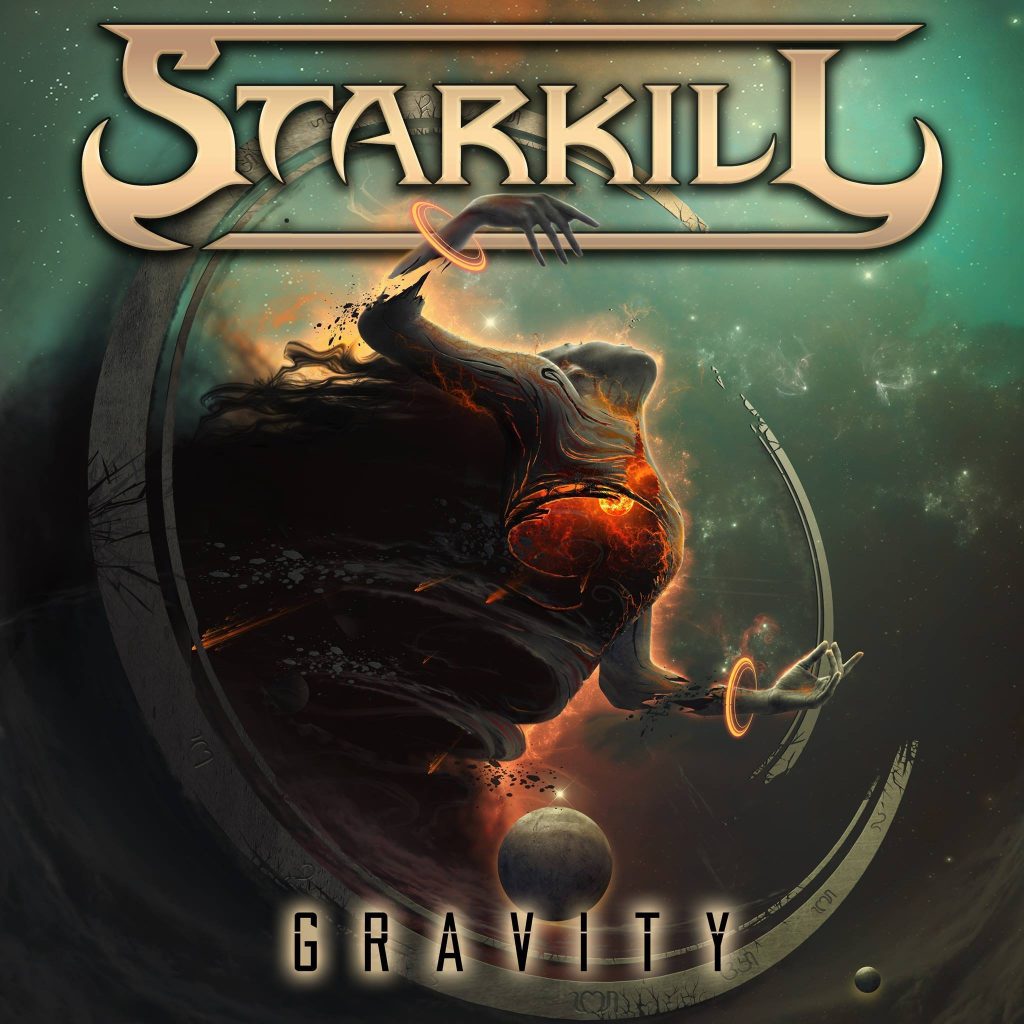 Starkill will be teaming up with Skull Fist for a short U.S tour this spring. 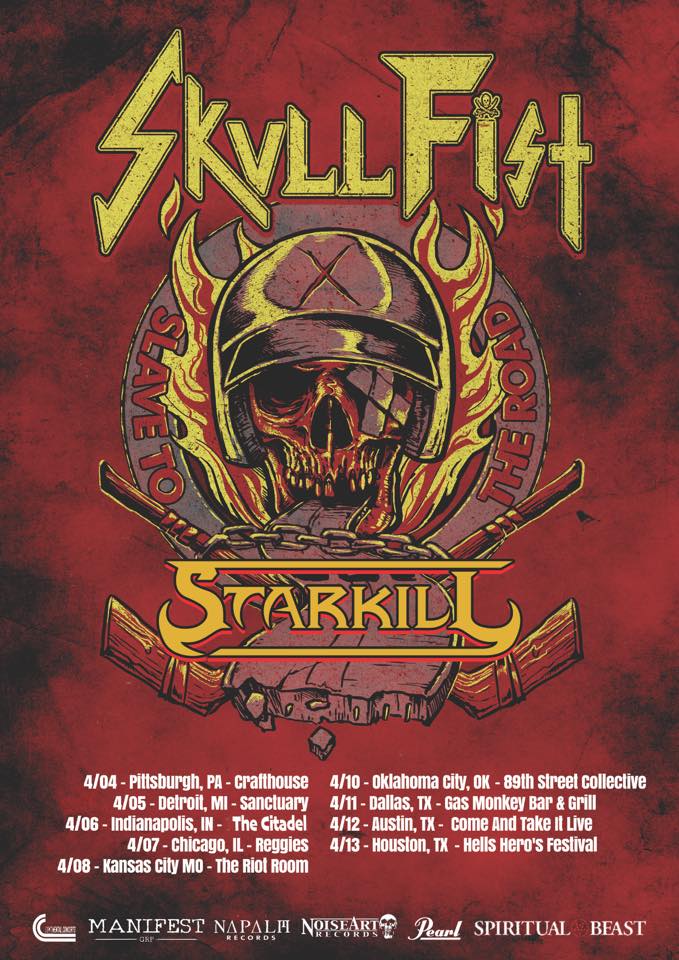