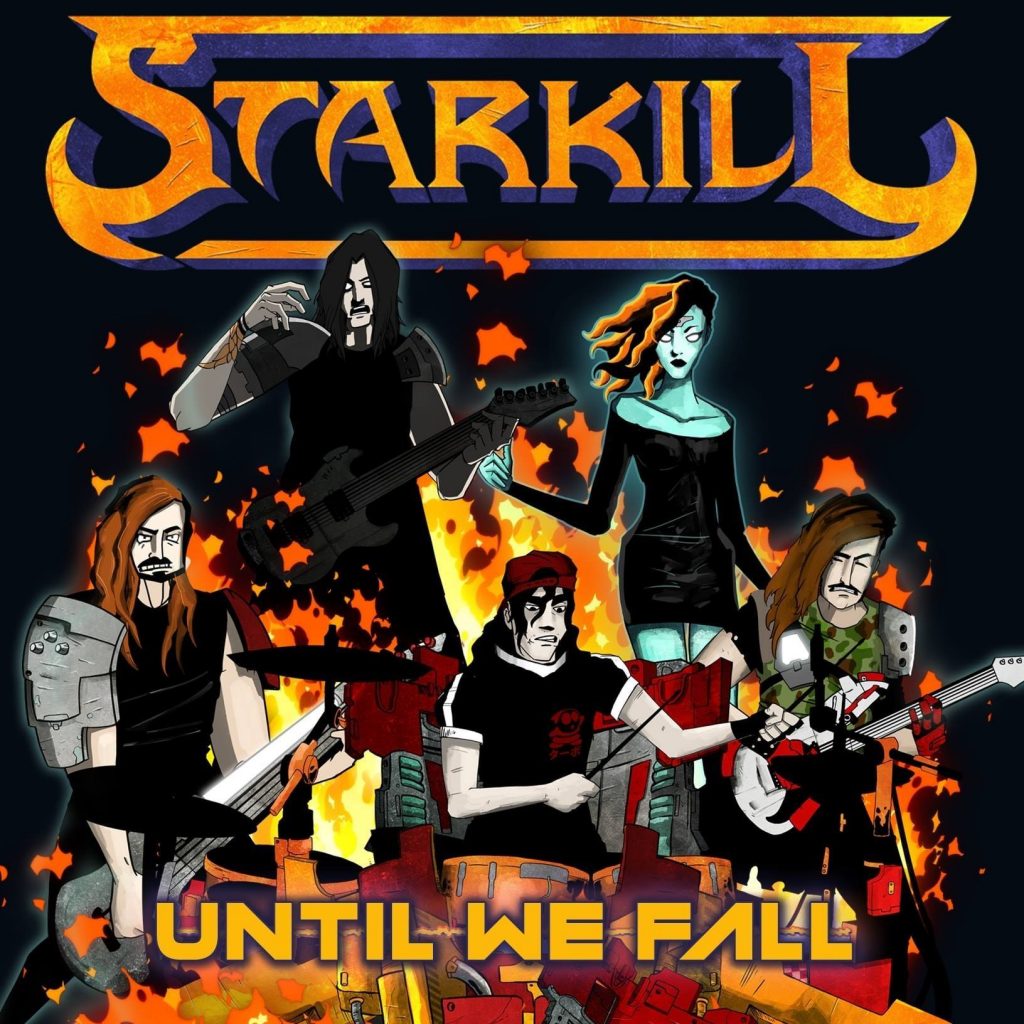 Starkill have been working in the studio for the last two years on the follow-up to 2016’s Shadow Sleep. Since then, the group have also recruited vocalist Sarah Lynn Collier as a full-time member. Before announcing their new album, these Chicago metallers decided to release the new song “Until We Fall” to give fans a chance to hear their new direction, which marks their first independently released effort.

The band has decided to abandon the record label format as it makes them in complete control both creatively and distribution wise. Today (24th) the group has released a music video for the aforementioned new tune. The track is the first material that they have recorded with Collier as a full-time member as the group teamed up with Eklipse Media to create the animated Dethklok-esque video. In this adventurous clip, you see the group as intergalactic space pirates who rescue several of their fellow space pirate crew from some sort of imperial holding cell.

The group continued to explain:

“There’s some subtle and not-so-subtle lyrical coverage in our new material that kind of attacks a lot of what we consider to be major flaws in the music and entertainment industry, as well as a lot of discussion on personal struggle, and I think that metaphorically, the concept of the band breaking out of this space prison also reflects us breaking free and becoming 100% independent.”

Check out the clip below and order the single here.