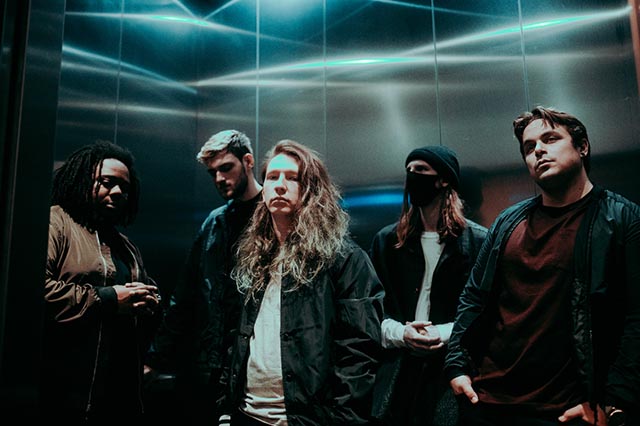 Sleep Waker have released a new music video for the song, “110 Minutes.” The track is taken from their upcoming album, Alias, which drops on July 23rd via UNFD records (pre-save here).

The Grand Rapids natives spoke about the concept of the single and how it connects with their previous song “Relief“:

“‘110 Minutes’ is one of the most energetic songs on the record, but it still holds the same melancholic theme of change brought from loss. This is a concept we decided to carry over from the new song ‘Distance.’ We felt that making one of the hypest songs on the record connect back into the story our past song, ‘Relief’ [from 2018’s Don’t Look at the Moon], all the while making this song relate sonically to DLATM with heavy, crushing, fast-paced riffs and constant background effects to build atmosphere.

We really wanted to highlight that while Alias may have more melodic experimentation with songs like ‘Distance’ and Skin,’ a song like ‘110 Minutes’ is a perfect showcase of our signature heavy sound that we’re still developing while perfecting the newer elements.”

The band has been said to draw influences from many futuristic sci-fi movies, such as The Matrix, Blade Runner, and Ghost in the Shell. They also cited Japanese sci-fi anime series Cowboy Bebop and David Lynch’s Twin Peaks TV series.