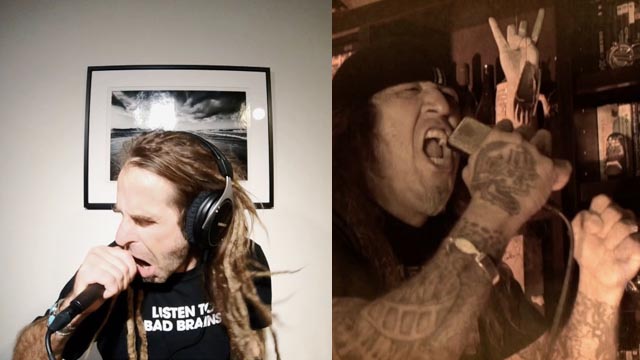 Lamb of God have shared a live quarantine session video for the song “Routes,” featuring Testament frontman Chuck Billy. The track is taken from the group’s self-titled record, which was released last year. The deluxe version of their overall tenth full-length effort will be released this Friday (26th) via Epic Records.

“It’s always an honor to be asked to perform with Lamb of God, especially on this song. It has such a deep meaning for me personally with my native American heritage. I’m happy Randy included me to get the message out about what is going on with Native Americans in the USA.”

Watch the clip below and pre-order the deluxe edition here: