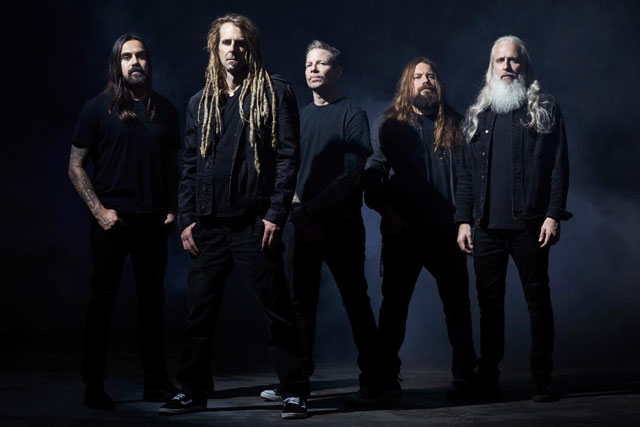 Lamb of God have finally released new material after a very long five years. The song “Checkmate” will be featured off their self-titled album scheduled to be released on May 8th via Epic Records.

Guitarist Mark Morton spoke about the song and the new chapter of Lamb of God:

“‘Checkmate’ brings together all the components of the Lamb of God sound that we’ve been developing over the last two decades, but with the ambition and ferocity that comes with the start of a new chapter for our band,” says guitarist Mark Morton. “Re-energized and reignited, this is Lamb of God 2020. We’ve never been more excited.”

“Putting only our name on it is a statement. This is Lamb of God. Here and now.”

To further promote the release, the band will appear at a special show at the House of Vans in Chicago on February 14th. The event is free and fans can RSVP beginning at 12 noon CST today at HouseOfVans.com. The event will include a photography exhibit featuring photos from D. Randall Blythe that will be included in the new Lamb of God album artwork. Chicago’s favorite, Harm’s Way will open the show.

Lamb Of God pre-orders are available here and “Checkmate” can be seen below!