HammerFall have premiered a new single called “(We Make) Sweden Rock.” The track is taken from their new album Dominion, which is scheduled to arrive on August 16th via Napalm Records. According to frontman Joacim Cans, this song is a tribute to all bands that have inspired them throughout the years, and will be a classic at their upcoming shows.

“This is a glorious tribute to the Swedish hard rock and metal movement with a lyrical theme using direct references to both other bands and songs. With catchy contagious riffs and enchanting (ear-worm) melodies, this song will be an instant classic at future Hammerfall shows. Without the Swedish rock and metal scene with bands like Heavy Load, At the Gates and Yngwie Malmsteen, the world would be a pretty boring and dull place! This is our noble tribute to all the bands that inspired not only us to play metal, form bands and eventually crusading around the world in the name of heavy metal. All hail the sons of the northern light!”

Listen to the track below and pre-order the album at this location: 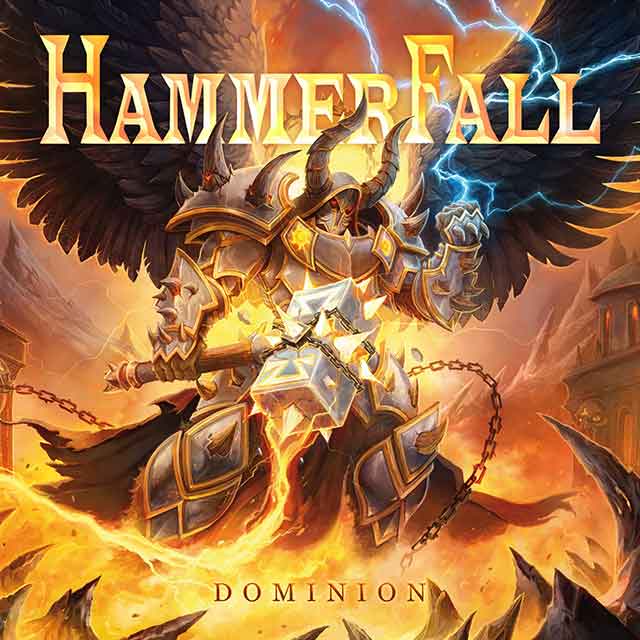 This Fall, Hammerfall will be teaming up with Sabaton for a North American tour. Check out the dates here.