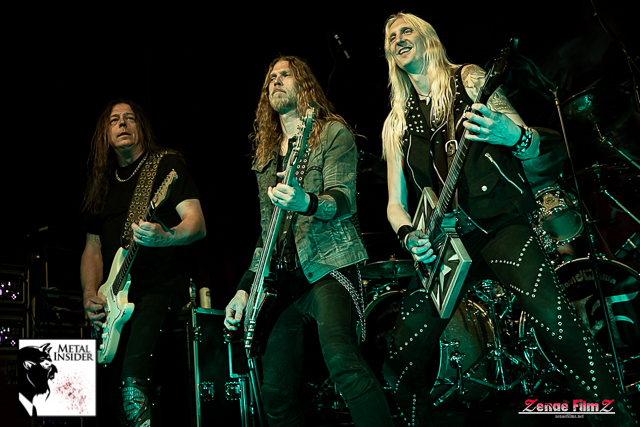 What happens right before two veteran bands complete a new album? They join forces for a tour. Well, that’s if you are Swedish power metal giants Hammerfall and American metal legends Flotsam and Jetsam. It was just a year ago when Hammerfall embarked on a North American tour with Delain and just one round wasn’t enough for these masters. The group decided to have a second run to support 2016’s Built To Last via Napalm Records before heading back to the studio to record its follow-up as they expect the new album to arrive sometime next year. Therefore, the band invited Flotsam and Jetsam as their special guests for the month long trek. Luckily for us, we made it to their NYC stop on Thursday, May 24th at the Gramercy Theatre. 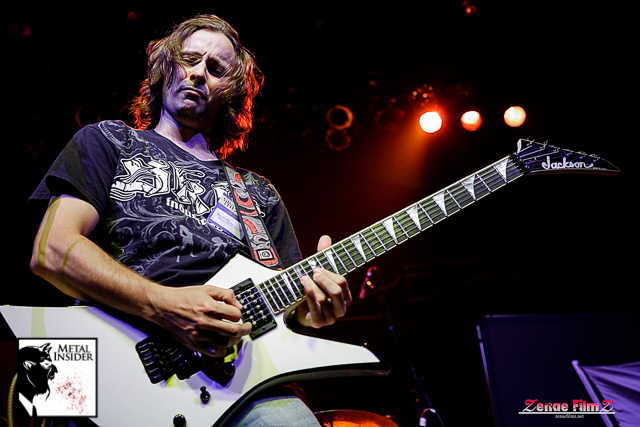 DJ Alex Kayne kicked off the night giving the crowd time to grab a drink or two while NYC locals Sanitarius warmed up the stage for the evening. The group brought their thrash and progressive style, which got the room ready for Flotsam and Jetsam. 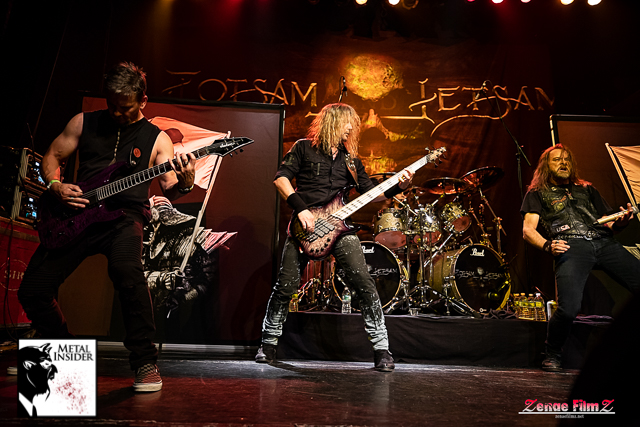 Despite the fact that these Arizona metal vets are scheduled to release their new album The End of Chaos on November 9th via AFM Records, they were there to support 2016’s self-titled album as they ripped through new tunes “The Incantation,” “Monkey Wrench,” and “Iron Maiden.” However, there were many veteran Flotsam and Jetsam fans in the house and it was evident when they performed through classics “Dreams of Death,” “Hammerhead,” “She Took an Axe,” “I Live You Die,” “Desecrator” and “No Place for Disgrace.”

After a short break, fans were fueled to see Hammerfall lead the night. There was little-no room of disappointment as their energy mixed with the bright-lit stage was the ideal setting for an evening of power metal. Between the constant guitars being raised in the air to vocalist Joacim Cans unstoppable moves, it was difficult to take anyone’s eyes away from the stage. Whether they pounded away through newer tracks such as “Dethrone and Defy,” or classic songs including “Riders of the Storm,” “Let the Hammer Fall,” “Renegade,” as well as the “Legacy of Kings” medley, fans remained mesmerized and managed to sing-along to nearly every tune.

Cans mentioned how there’s no age when it comes to metal as he expressed that the band may look old on the outside but are really just as young as the crowd on the inside and then he introduced the next song stating how everyone are all “Built to Last.” The group left a powerful statement that night, which could be interpreted as metal in general is here to stay.

The evening ended with three encore songs “Hamer High,” “Bushido,” and “Hearts on Fire.” Hammerfall not only left a room packed with satisfied fans, they also assured the crowd that they will be back after the new album arrives.