A couple of weeks ago, Flaw was in the spotlight for plagiarizing musician/YouTuber Douglas Pattrick’s 2016 track, which lead to the band’s frontman, Christopher Volz releasing a statement claiming he was unaware.

Now the band’s latest single “Conquer This Climb” is being compared to Riff Master T’s “Nu Metal Instrumental 2.” According to the YouTuber, the band reached out and asked to purchase the song. 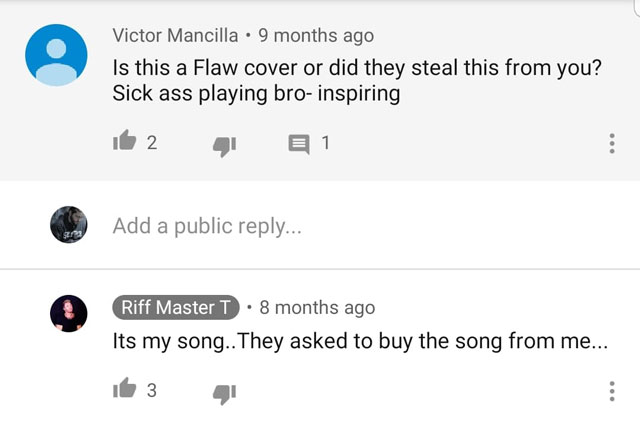 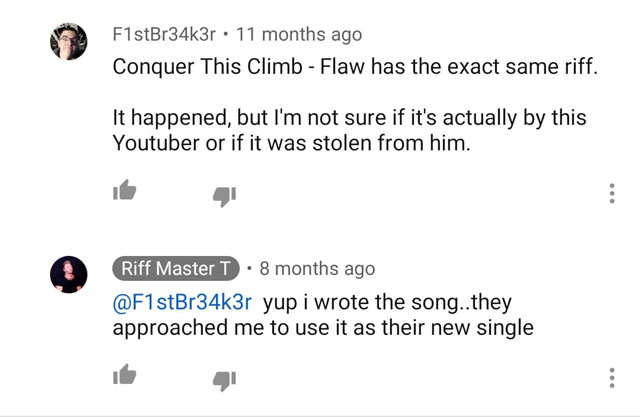 Compare the songs for yourself below!