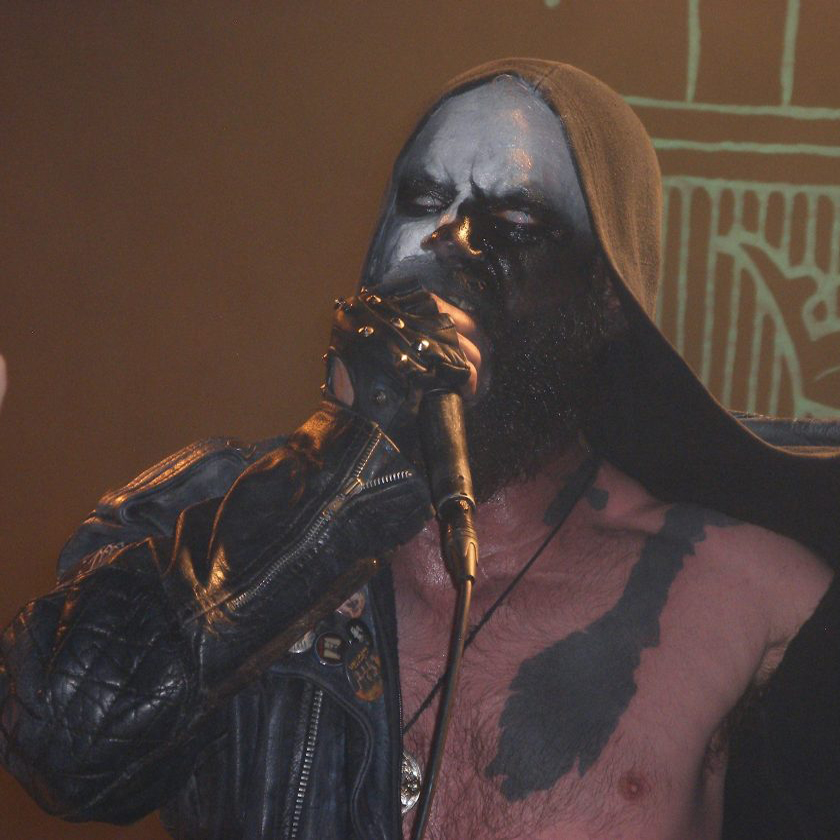 Musicians have courted controversy for years. Hip-hop artists have previously used the Confederate flag as political art, and lets not forget the punk scene from the 70s and 80s with Sid Vicious (Sex Pistols) and Siouxsie and the Banshees who had the swastika symbol on their clothing. The offensive symbolism has been mainly used as either a reminder or shock value purposes, and it doesn’t always mean they are promoting hate. However, moving forward to 2018, Norwegian black metallers Taake’s U.S tour has officially been cancelled due to remarks shared by those affiliated with Antifa, and most likely, most of them are unfamiliar with the band. Additionally, these same members who protest against this band have promoted hate and violent threats against both the group and their fans. Taake has addressed most of these subjects in the below statement:

“It is with great regret that we have to inform you that Taake’s US Tour has been cancelled. Despite all those incredible people who stepped up and tried to help us save the tour, and to whom we are more grateful than we can express, time and logistics are just not on our side. It was not our wish to cancel, but the decision was forced on us by the illegal activities of Antifa and its supporters who applied pressure on venues and promoters to cancel shows. Pressure, it has to be said, that has frequently been accompanied with threats of violence both towards those involved in the organisation and towards any fans attending (not to mention the bands who would be playing). Why these threats are not reported to the police, we don’t know.

We have explained on many, many occasions, the history behind what caused the problems, and there are plenty of articles in the unbiased press and on social media where you can read the truth of it, but just for the sake of clarity Taake is not now, has never been, and never will be a Nazi band. What we want to address here is the cancellation of the tour itself.

Why? Because it is the ultimate demonstration of how, through the dissemination of lies, misinformation and unfounded accusations, along with credible threats of violence, a small minority of left wing agitators are able to force their agenda on the majority, and deprive music fans of their freedom to attend concerts and go about their day to day activities without the fear of reprisals and retaliation.

And these agitators won’t stop once they have destroyed the soft targets from Europe and other parts of the world. Their next targets will be American music, American art, American literature, American theatre, American cinema. Anything, in fact, that does not adhere strictly to their views. And if this reminds you of the McCarthy witch hunts, it is because that is EXACTLY what it is like.

Whilst none of us blame venues for cancelling because they are afraid of violence, we do deplore the excuses presented by some of them. The desire to “protect” their audience and staff, to create “safe spaces” is not a need brought about by the bands involved, nor their fans. It is the masked thugs hiding behind the banner of Antifa and other organisations like them, who are doing all the threatening. And maybe we should also remind these venues that so many of the musical genres today exist due to those other small venues back in the day who dared stand up to threats and gave a voice to those musicians who brought us Blues and Jazz – the basis of so much of today’s music.

We would also like to speak out about celebrities like Talib Kweli, who was unfortunate enough to have allowed himself to be played by the lies spread by Antifa and who, as a result, issued statements that are libellous and slanderous. His heart may have misguidedly been in the right place, but his brain, and his legal advisors, were not. Had he bothered to check the facts he would have realised that he had put himself in a position of looking like someone who doesn’t know, or understand, or even care about, all the facts, and who is easily manipulated by others to dance to their tune.

We should also mention those members of the press who failed to fact check and did not bother to contact us, or anyone else for that matter, for our side of the story. They simply went right ahead and printed libellous statements. This is irresponsible journalism at its worst, and we can’t just single out inexperienced editors of webzines. Complicit in this are long-established and (once) respected publications. Their actions show the utter contempt they have for facts and the disrespect they have for their readers.

Ending on a positive note, we really do need thank those who stood by us, and especially the venues who refused to be cowed, and those that stepped in offering us alternatives for cancelled shows. We have had messages from all over the world, and from people of all political and religious persuasions, offering not just their support, but also offering their help. And these are not just our fans. We have been contacted by people who admit that they had never heard of us, or that they hate black metal, or that they hate Taake, but have nevertheless felt compelled to let us know of the disgust they feel at the way Antifa, and their like, demand slavish adherence to their agenda, and punish anyone who defies them, riding roughshod over the freedoms of the American people to decide for themselves.

You, my friends, do not need to apologise for the lies and actions of a fringe group. You are the majority, you are the ones who refuse to bow your heads to those who would dictate how you live your lives, and who attempt to restrict your freedoms – you are the ones who can do something about it.

Here is a video from Taake’s performance at Saint Vitus back in 2016. In the below clip, you will notice that there’s no sign of hate and violence, it’s just your typical dosage of concertgoing fun:

Taake have repeatedly emphasized that they are not a Nazi band for years. Following the March 2007 incident at their concert in Essen Germany when frontman Hoest appeared on stage with a swastika symbol drawn on his chest, he explained he did it out of “provocation and anything evil – and death – related.”

You can read his full 2007 statement below:

“Taake is not a political Nazi band, etc. We certainly didn’t expect the current threat reactions, as everyone should know by now that our whole concept is built upon provocation and anything evil- and death-related. We will now censor certain symbols for the rest of the tour, and we truly apologize to all of our collaborators who might get problems because of the Essen swastika scandal (except for the Untermensch owner of that club; you can go suck a Muslim)!”

For those who are unfamiliar with Taake along with black metal and countless of people who do not follow organized faith, have been known to use the freedom of expression to define their viewpoints. Unlike Antifa, Taake has previously provoked their fans (for better or worse), to visually criticize religion without passing judgement, violence or threats to their audience.