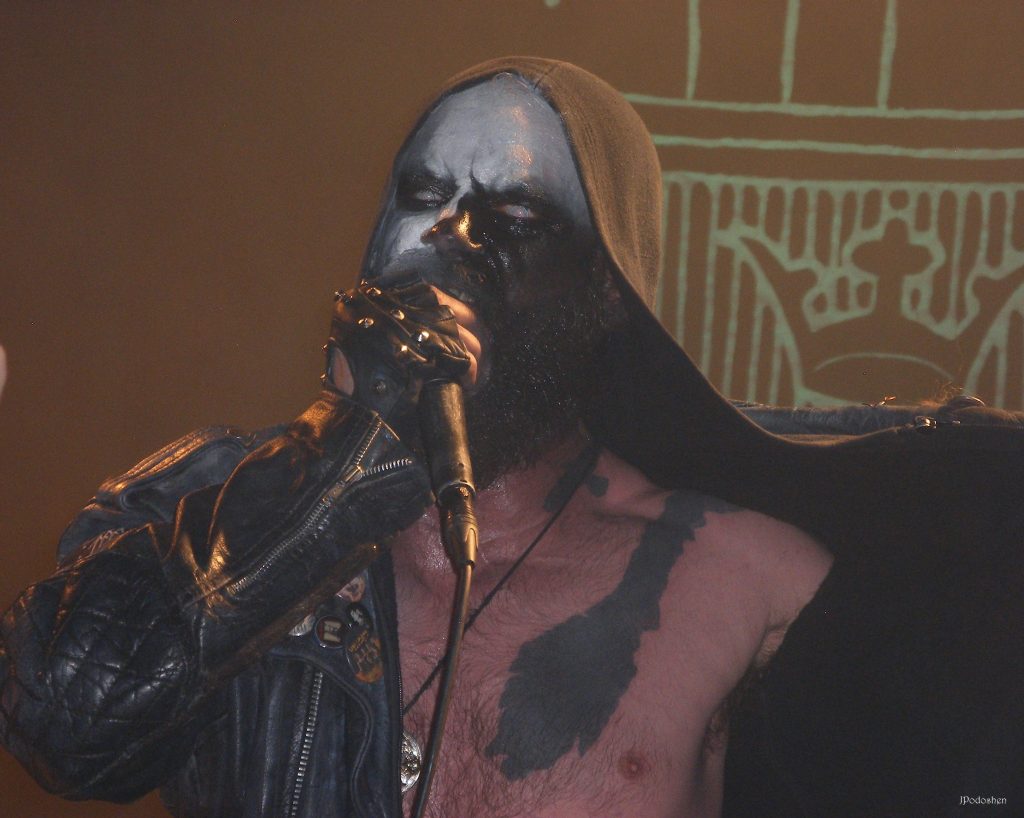 (Editors note: as stated below, this article and interview is the opinion of the author)

Recently, as reported here at Metal Insider, Taake’s upcoming show at Le Poisson Rouge in New York City was cancelled because of pressure from New York City Antifa. Antifa and adjacent affiliated individuals have been attempting to put intense pressure on other venues where Taake is scheduled to play this year in an orchestrated campaign to dictate what American music fans can and cannot listen to and experience live on stage.  As anyone who has been reading my work over the past few years knows, I have covered Taake extensively and have previously written opinion pieces that have defended Hoest’s right to perform and have his contracts honored by venues and promoters.

While I have taken much criticism for the words I wrote over the years that have defended free speech and free artistic expression, I make no apologies and I have no regrets. As an academic and a metal writer, I have seen Taake perform multiple times in Bergen, Oslo, Baltimore and Chicago.  I will continue to attend Taake performances and cover them.

I provide this brief background to be transparent so that readers are aware of my own dispositions and general thoughts on the issues in the hope that readers can engage with my work and view this interview critically and in appropriate context. It is important, I believe, to understand context in all works of art, music, politics – even metal writing – and this means knowing the perspective of the writer.  In my opinion, much of the information presented by Antifa about Taake has been deliberately without context and that is troublesome.

You may disagree with some of the assertions expressed here, and in America, that’s ok… at least for now.

Here is my exclusive interview with Hoest of Taake:

Hoest, greetings.  First, let me say I’m extremely impressed with Kong Vinter and Baktanker.  As a child of the 80’s I love the cover of “Lars Herteving” and the clear influence of the The Cure and dark wave.

Thanks a lot mate. I actually gave both of those Taake LPs featuring De Press covers to Andrzej Nebb (vocalist of De Press) himself in person yesterday. His reaction was, “But I don’t have a vinyl player!”

I wanted to take some time to clarify, what I think are some questionable and dubious, yet nagging allegations about your dispositions and your art.  Now, I’ve seen Taake perform many, many times in a myriad of different venues and I’ve never seen any issues or themes that relate to Nazism or some type of Nazi outlook.  In fact, I’ve seen you perform in front of very diverse audiences with folks from all walks of life and backgrounds. I recall, vividly, how you have embraced many different types of people.  I particularly remember a signing you did in Oslo many years back where a young man from Pakistan had brought his entire extended family to come greet you and get autographs.  They were all a bit starstruck actually.  How does it make you feel when it comes to this constant uproar about your supposed ties to Nazism and hated of people of non-European ethnic backgrounds?

Yeah and I think there were African Americans diggin’ Taake at all of our previous US shows. How does all of this animosity make me feel? My already low expectations of human logic keep getting lowered… that’s how. Even some fans now seem to interpret my recent statement as an apology. Hell no. It was not a statement aimed at our fans or foes, but for the venues that might take the protesters seriously without hearing my side of the story. Presenting us as “Neo Nazi,” “openly racist,” “wearing swastikas” (in plural, like it’s a habit of mine), etc. are just plain lies. And “islamophobic?” A phobia is an irrational mental illness. So quite the contrary, religion is an irrational mental illness.

From my own research and experience, it appears much of the social media criticism comes from Antifa and those affiliated.  Antifa, is known, of course, for shutting down (or attempting to shutdown) artistic expression and speech that they don’t agree with and often take the role of judge and jury of what can be said/performed and what can’t.  This doesn’t give individuals here the right to experience your shows, your art or your words in person.  Rather, many North Americans can only experience your art and comments through the filter that, most recently, Antifa and its affiliates unilaterally creates and implements.  You’ve attempted to tour the US many times, only to run into the same issue, often at the hands of the same individuals.  What motivates you to keep coming back?  What is your reaction to these individuals who want to take away your right to perform in North America?

Antifa were [protesting] our two previous USA tours as well but the political climate over there seems to have changed quite a bit already. Nothing was cancelled then because of this issue.  However, twice the visa process took so long that some of us (in the band) got the green light only after the tour timeframe was over. Anyway, my motivation is centered on being with the enthusiastic American audiences we’ve previously enjoyed, symbiotically, in those packed venues. I’m not giving in to this ridiculous resistance. We had been through exactly the same thing in Europe years ago, but promoters here finally stopped taking these little liars seriously. I’m sure the same will eventually develop in The States.

Certain critics have labeled you a “Nazi” because you once displayed a swastika on your chest in Germany in 2007.  While you’ve explained this so many times to so many people, can you clarify exactly why you did that and what you took away from that experience?

I’ve said enough. Those who get it, get it. Those who still refuse to need to look at themselves in the mirror.

How did they receive and welcome you in Israel?

The venue was packed and the Israelis went nuts. A delightful audience I would love to perform for again! Not a single protest and not a word about the swastika episode. I have dear friends over there and you can imagine how they feel about Antifa causing nausea on their behalf.

What was it like playing in Israel?  Were there both Jews and Arabs in the audience?  Did you welcome Jews, Arabs and Christians to your shows in Israel?  Are Jews, Christians and Muslims welcome at your shows?  Is anyone not welcome?

Anyone is welcome at our concerts, though I wouldn’t expect deeply religious people to attend. I have no idea exactly who were there, but Tel Aviv seemed pretty secular in general.

I am not necessarily against individual adherents of said fairytales, it depends on the way they interpret it all, I suppose. But the scriptures are certainly a load of extremely outdated contradictory horseshit full of supremacy and totalitarianism, hatred against nonbelievers, and the denial of followers’ freedom of thought (among other unnatural illusions.) I could go on and on about this, but I have better things to do.

We here at Metal Insider will keep you updated of the situation as things unfold and we will be covering the Taake/King Dude/Cloak tour here in the United States when it commences next month.