Mr. Bungle have announced the opening acts during their reunion shows, which is scheduled to kick off on February 5th in Los Angeles, CA. Mr. Bungle’s first show in twenty-years will reunite original members Trevor Dunn, Mike Patton, and Trey Spurance as they will be joined by Scott Ian (Anthrax) and Dave Lombardo (Dead Cross, ex-Slayer, Suicidal Tendencies). The group will be performing their 1986 demo The Raging Wrath of the Easter Bunny. Opening acts vary each night consisting of bands Ho99o9, Hirax, Cattle Decapitation, Neil Hamburger, Melvins, Cunts, Victims Family, Intestinal Disgorge, Full of Hell, Spotlights, Antidote, Cleric, and Possessed.

Members of Mr. Bungle selected bands that “have managed to inspire” them in the mid eighties.

“The opening acts have been announced for Mr. Bungle‘s upcoming February reunion tour. The Putting these shows together it occurred to us that this was a great opportunity to expose unsuspecting audiences to some of the absolutely legendary thrash, death metal and hardcore bands that originally inspired us in the mid 80s. And if we’re going to do that, why not re-unite with some of the equally legendary bands we were close with in the 90s? And why just concentrate on the past? Of the current bands that have taken some kind of inspiration from the heavier side of Mr Bungle in doing their own thing, why not invite the select few that have managed to inspire us back?” 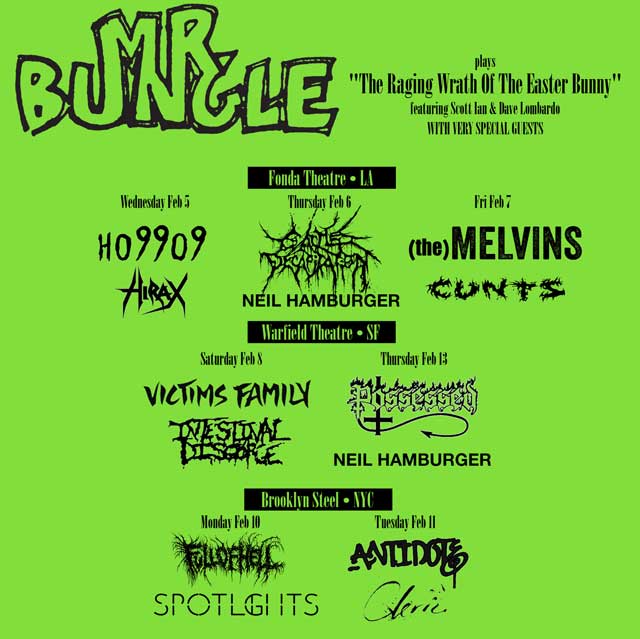 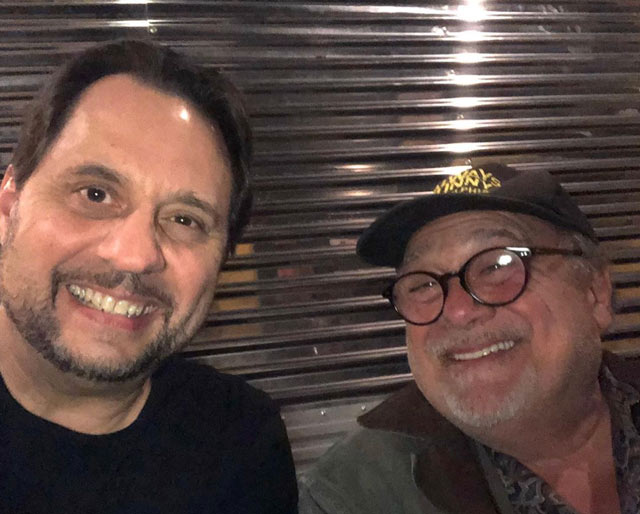