Insomnium have been working on their overall eighth studio album since late last year and today (19th), these Finnish melodic death metal giants have announced their new album will be released on October 4th via Century Media. To celebrate their upcoming record, the group will embark on a European tour with The Black Dahlia Murder and Stam1na. The trek kicks off on November 12th in Paris, FR and runs through December 13th in Antwerp, BE.

”Needless to say, we are really stoked about the new album! With ten songs and over an hour of music we really feel we have something special in our hands. There is fury and aggression, doom and gloom, heartache and longing. The whole spectrum of Finnish man’s emotions from despair to regret. In the name of Nordic collaboration the Swedish wizard Jens Bogren has been doing marvelous job with the mixing and mastering, so this is the best sounding Insomnium album ever.

We are also very excited about the upcoming European tour that takes us around the continent in great company. It will be a truly killer package with the support from The Black Dahlia Murder and Stam1na. Surely a night not to be missed!”

Last year we asked guitarist Markus Vanhala when we should expect to see a follow-up to 2016’s Winter’s Gate as it looks like he kept his promise stating it will be released towards the later half of this year. We are curious to see what this ten-track album filled with doom and gloom will entail compared to their prior effort, which consisted of one breathtaking 40 minute song. We’re ready and excited for this release! 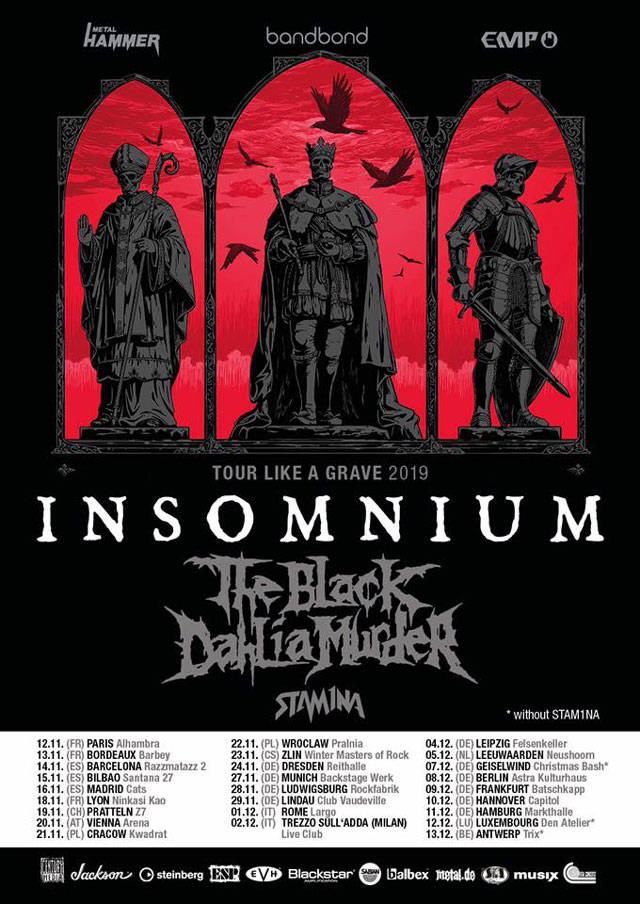