Metal Insider contributor Anthony Maisano is listening to a different metal album that was released on that day every day this year. 11 years ago today, Metallica released St. Anger upon the world.

To this album’s credit, it is quite heavy. The riffs are pissed off sounding, James is pissed off sounding, and Lars’ double bass work is even memorable in some places. The whole album fits the theme of anger well musically. Most of the tracks on the album have at least one riff that is pretty solid sounding.

I am not new in pointing this out, but nor will I be the last…Lars’ snare drum sound is fucking awful. Absolutely, inexcusably awful. There are so many tracks on this album that sound like they were trying to compete with the nu-metal scene that was going around at the time. Production sounds faded back in some ways to me, and also too clear in others. In all honesty, more than sounding awful, this album just sounds boring, forced, and at this point, dated. Songs drag on and on and on all across the album. “Invisible Kid” should not be 8 minutes long. Most of the tracks on this album are okay at BEST, and boring to horrible otherwise.

This wasn’t the worst album I’ve ever heard. I’d certainly classify it under “boring” before I’d call it “bad,” but that’s just me. At the end of the day, it’s certainly not a good album. I’d hesitate to even call it “decent.” Even the best tracks on the album are still some of the worst Metallica tracks I’ve ever heard. There is nothing good hidden on this one. I have to agree with the majority on this one, and say that this one is completely skippable. I’ll give the band credit for trying something different again, but unlike Load, this one failed horribly. 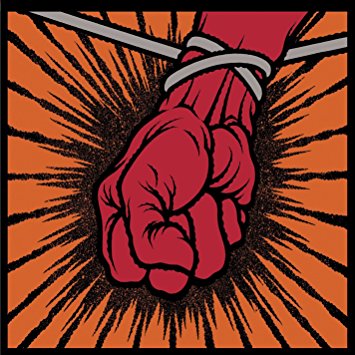