Varials frontman Travis Tabron has announced his departure from the group. This news is rather shocking to us as we spoke to Tabron not too long ago discussing their new album In Darkness, which was released in October 2019 via Fearless Records. Regardless, it was an amicable split as the band has been supportive of his decision. Varials have no intention to slow things down anytime soon, and it’s only a matter of time until they announce their new singer.

An update on the band; Travis has decided to step down from being the vocalist of Varials. This band has become something that was no longer the best thing for him and his health and happiness. Absolutely no hard feelings, and we wish him the absolute best on all future endeavors. We’ve really done some crazy shit together and had some of the best experiences of our lives together. Memories we will never forget until the day we die and it truly wouldn’t have been the same without him.

Varials as a band has no means of stopping or slowing down. All current tours and things not announced yet are still happening and we hope to continue to get the support we have until this point.”

I’m sorry to say, but about a week ago I made the decision to step down from being in Varials 😞 Unfortunately it was one of those things where no matter how much I loved what I was doing it was just simply becoming toxic to my mental health and well-being not only on tour, but while at home as well and taking too much of a toll on my overall happiness as a result. However in the last 5 years i’ve made memories I’ll never forget, and friendships that will never break so don’t think for a second I regret any of my time in Varials. Big thank you to all the fans for making my experience with this band so insanely badass i love you all!!! Big thank you to Sean, Mike, Mitch, James. Big thank you to the (new) Fearless Records team. Big thank you to Carl & Brad, and literally every single person that ever supported me in any way/shape/form during my time in Varials.

This is not the end for me musically and it’s not the end for Varials ether! I’m going to be pursuing a lot more different sounds and projects(maybe heavy?) in the future after I can decompress from this situation fully. Varials actually have something dropping today too so stay tuned.

thank you for taking the time to read this, and try not to ask me too many questions because the wound is still pretty fresh for me. I love u guys 🌹 :-(“

As we close this chapter of varials, we wanted to leave everyone with one last video of the 5 of us to commemorate everything up until this point. Thank you.” 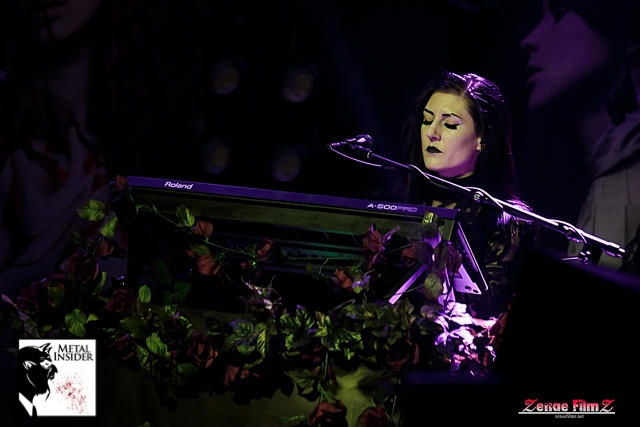