Peaceville Records has announced the re-signing of doom metal pioneers Pentagram, and they’re working on a new album for a summer release. Some of the vocal and guitar production is being done by Grammy-award winning producer Travis Wyrick, who produced their previous album, Last Rites.

The band issued a statement on the signing:

“Pentagram is happy to return to the label that helped relaunch interest in our debut album and introduce us to a new metal audience in the 1990s. Peaceville Records has been an ally to us throughout the past 20 years. We are happy to have them by our side once again as we record our fourth album under their banner. Never properly recorded songs written by Bobby in the 70s will be heard on the album as fresh as they were when they were written over 40 years ago. Brand new numbers by the core of Griffin, Turley and Liebling that were written this fall will appear along the old songs, and will produce an album that encompasses the true spirit of Pentagram. Doom is often mistaken as exclusively slow music. If you listen to our classic ‘doom’ album ‘Relentless,’ many of those doomed classics are quite fast. One of the magics of doom metal is to have a faster song seem much slower because of the sheer heaviness of the number. That’s what we are going for. The band will sound like they are as much from the street as they are from the Sabbath, because, well, we are.”

According to a Facebook update by the band, some of the song titles for the still unnamed album are “Dead Bury Dead,” “Lay Down and Die,” “Curious Volume,” and “Suffering.”

The band will be without drummer Sean Saley, who Metal Recusants seems to think left Pentagram to join The Skull. He had been with the band since 2012, but now “Minnesota” Pete Campbell will be taking over. 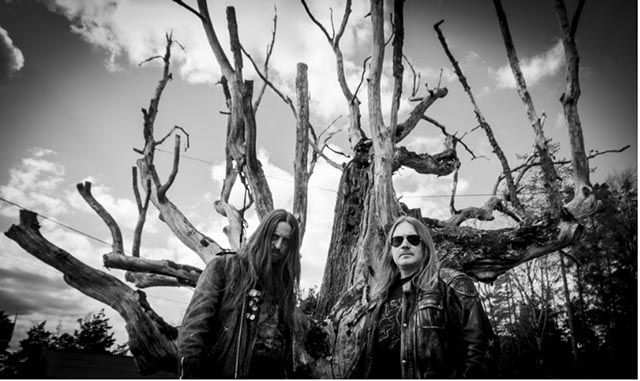