Shocked is an understatement when we woke up to the news that not one, not two, but three original Children of Bodom members have announced their departure from the group. The announcement was made just two days after the release of their animated video for “Hexed,” and roughly eight months after their new album Hexed was released. Depending on how you look at it, earlier this morning or late last night, Children of Bodom announced the departure of three original members: drummer Jaska Raatikainen, bassist Henkka T. Blacksmith, and keyboardist Janne Wirman. The reason wasn’t fully clear aside from the band stating a “change direction within their lives.” The group’s final show with this line-up will be on December 15th, 2019 at the Black Box in Helsinki.

“FINAL SHOW OF THE CURRENT CHILDREN OF BODOM LINE-UP AT THE BLACK BOX IN HELSINKI ON December 15th, 2019

Finland’s perhaps best known metal act, Children Of Bodom, will be playing their final show with the current line-up this coming December. ”A Chapter Called Children Of Bodom” will take place at the Black Box in Helsinki Ice hall on December 15th. Below a statement from the band:

”It is with heavy hearts that we announce that 2019 will be the last for Children Of Bodom with this line-up.

After almost 25 years with Bodom, thousands of shows & 10 albums it is time for Henkka, Janne and Jaska to step back and change direction within their lives. All three will miss the fans and supporters in every city in every country the band ever played.

The last show of this line-up will be on the 15th of December at Helsinki Ice Hall. Tickets still remain for some of the Finnish shows in December.

Alexi And Daniel will have further announcements about their plans to keep creating new music in the future. Thanks again for everything – Children Of Bodom”

Please see https://www.cobhc.com/ for the full statement and further information.”

This drastic change will leave frontman/guitarist Alexi Laiho as the only original member as guitarist Daniel Freyberg has been with the group since 2016. Between seeing the group perform live earlier this year to speaking to Henkka, we didn’t see this coming. While this news is disappointing for COB fans, we do wish Jaska, Henkka, and Janne all the best. 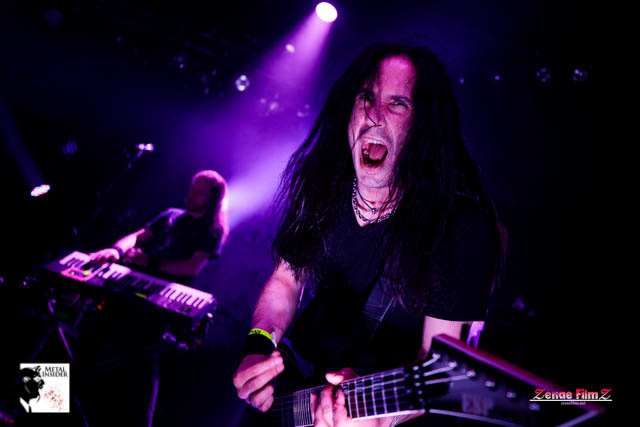