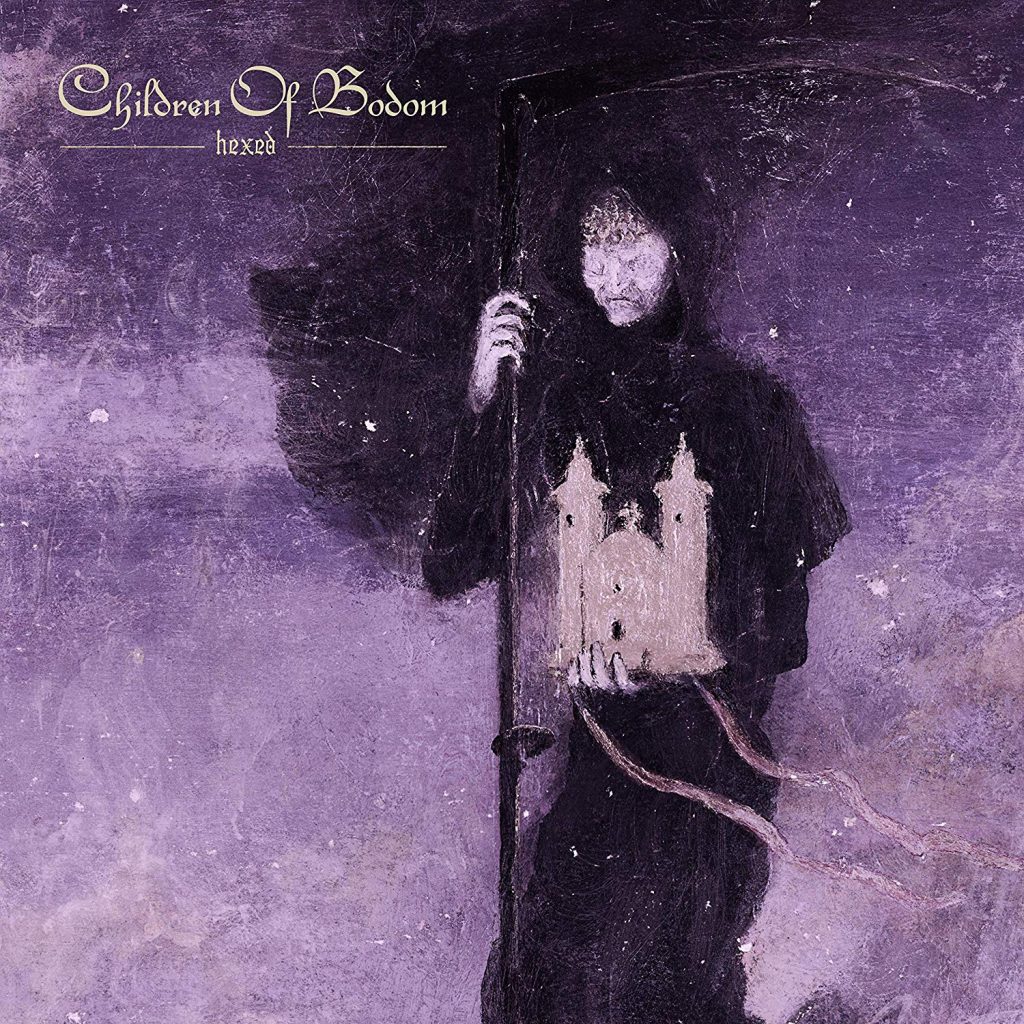 Children Of Bodom is a metal band from Espoo, Finland. No category can contain them; rather, they span many a designation.

The follow-up to 2015’s I Worship Chaos will be the first to feature Freyberg, who joined the band in 2016. Recorded in Helsinki Finland, Hexed was produced by longtime friend, Mikko Karmila, and will be available on March 8th via Nuclear Blast. We listened to this record and got hooked immediately.

The album opens fast with “This Road” and only slows momentarily to break down into a heavy, melodic, and powerful groove. “Under Grass and Clover” follows as it starts with a rousing, uplifting riff contrasted by thumping drums under dark, gritty vocals. The song pairs well between light and dark as the dark verses cater to the lighter choruses resulting in an innovative duality. “Glass Houses” flows in with fury and an added strength, melding speed, technical guitar melodies, and guttural growls to produce a great heavy track. The next track,

“Hecate’s Nightmare,” is a maniacal, creepy song using bells to add effect and darkness. “Kick In The Spleen” feels like just that. Driving, heavy riffs instantly get the head moving. One of the most active songs on Hexed is “Platitudes and Barren Words,” a thudding, swirling, melodic, heavy anthem with great keys and a melodic chorus to shake your fist. The title track “Hexed” comes next and what ensues is a technical thrasher with long, sweeping riffs over fast drums, intriguing breakdown sections, and a stirring chorus. “Relapse (The Nature of My Crime)” is a straight forward metal track with a ton chug and snarl. The record closes strong with “Say Never Look Back,” “Soon Departed,” and the ultra heavy “Knuckleduster,” a real fist-pounder, with electrically charged gang vocals.

Hexed is an in your face, adrenaline-filled record with plenty of great melodies, heavy breakdowns and style shifts. Children of Bodom continue to deliver great melodic heavy music in a slick and polished package that will surely give fans what they have been anxiously waiting for.

Children of Bodom’s Hexed will be released on March 8th via Nuclear Blast. Pre-order the record here and check out our interview with bassist Henkka T. Blacksmith at this location.