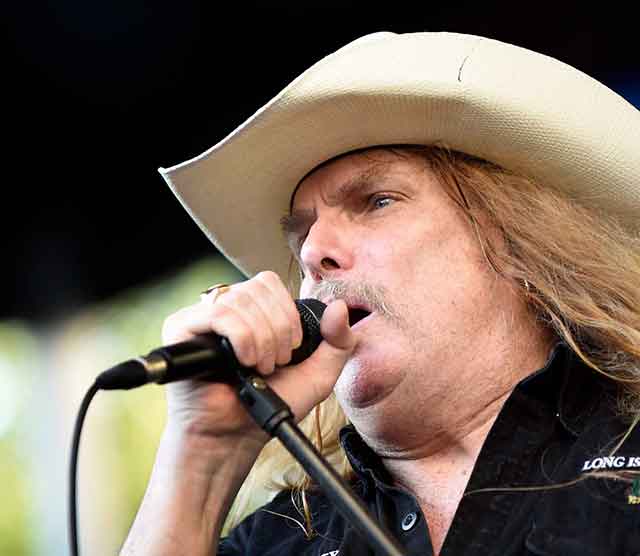 Molly Hatchet singer Phil McCormack has died on Friday night (26th) at the age of 58. No cause of death has been reported but, Blabbermouth stated a local radio station, 102.7 WSNR addressed the cause of death could be from a heart attack. McCormack joined the southern hard rock outfit in 1996 and worked on albums from 1996’s Devil’s Canyon up until 2012’s Regrinding the Axes.

On Saturday (27th), the band issued the following statement:

“It is with great sorrow to announce the passing of our friend and band member, Phil McCormack. Our condolences and prayers go out to his family during this time of loss. Phil’s contributions to Molly Hatchet were heard around the world. He will be missed but never forgotten.”

“The McCormack family wishes to share the news of Phil’s death with the Molly Hatchet family.

Phil has been a member of Molly Hatchet for more than 20 years, having performed in exotic locations such as Dubai, Munich, Sturgis, Okinawa, as well as smaller stages. Wherever he performed he gave his all.

Phil loved his audiences and they loved him. Molly Hatchet fans know how much time Phil spent with them before and after each show. He loved meeting people and sharing time with them.

Being on stage was where Phil felt at home. He connected with his audiences, fully tuned into the moment he was sharing with them. He was living his dream, a dream he never took for granted.

Beyond the stage he was a multi-layered person—free spirit, high octane social presence, nonstop jokester, kind person who made time for others, self-destructive tendencies but a generous spirit…he was an open book. What you see is what you get.

He left us too soon, but his legacy lives on in his music, his friends, his fans and the friends he didn’t get the chance to meet.

As Phil’s siblings, we have loved the journey we’ve shared as a family. Seeing Phil live his dream has been a blessing for us. We already feel the loss and will miss him every day.

We also thank the Molly Hatchet family—the band members, the crew and especially the fans—for being such a big part of his life. You brought so much joy to Phil. Words cannot express our appreciation.

Life goes on. Phil’s legacy goes on as well through his music, his loved ones, the moments he shared and the friends that he made.

Many members associated with Molly Hatchet over the years have passed away. Danny Joe Brown, who McCormack replaced, died in 2005, guitarist Dave Hlubek who was with the band since their formation  in 1971, died in 2017. Guitarist Duane Roland died back in 2006, drummer Bruce Crump died in 2015, bassist Banner Thomas passed away in 2017, and former singer Jimmy Farrar died in 2018.

We send our condolences to Phil McCormack’s family, friends, and bandmates during this difficult time.