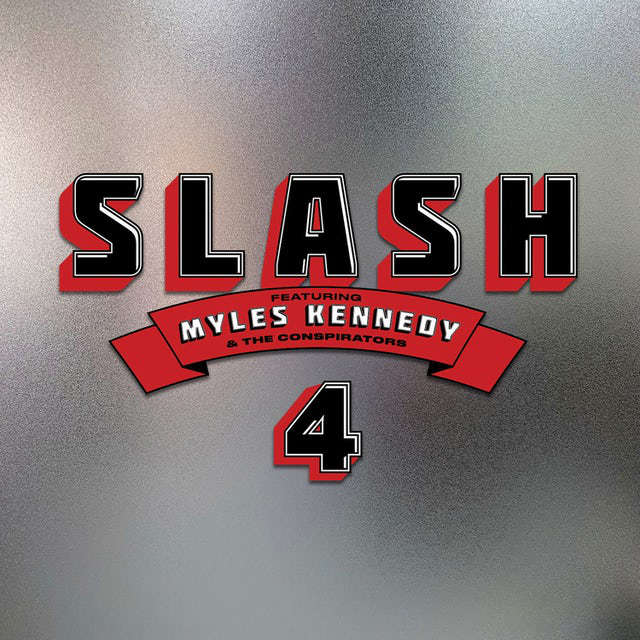 When it comes to Slash featuring Myles Kennedy and The Conspirators, any fan knows that what they’re about to hear will be iconic. The band’s latest album, 4, features rock-n-roll hits, one track after another taking the listener on a ride full of powerful lyrics and music.

Produced by Dave Cobb in Nashville, the band recorded the album tracks live together in the studio. 4 was released on February 11, 2022, through their new label home with Gibson Records. This year marks a decade since the debut album by the band, Apocalyptic Love, making 4, their fourth studio release.

The band is made up of the guitar icon, Slash. Myles Kennedy as lead vocalist, Todd Kerns on bass and backing vocals, Brent Fitz on drums/percussion, and Frank Sidoris on rhythm guitar. Each member adds a unique vibe, but they are a powerhouse creating magical memories that will go down in music history.

The first single released off the album was “River is Rising,” which debuted on October 22, 2021. With a catchy chorus and a killer guitar solo, there is a lot to say about this song. It’s an authentic rock vibe and starts the album off right. The whole song is spot on, and the end will have fans headbanging as bass, drums, and guitars break down to become killer rock monster beats.

“Fill My World” is a downright beautiful song with a ”Sweet Child O’ Mine” guitar-picking feel. There is a reason why Kennedy may be one of the most talented vocalists out there when fans hear this song. They will hear the passion and versatility in his voice, proving he can do no wrong. Sidoris and Slash feed off each other so well during the song they are so in sync with each other. Kerns and Fitz provide rock steady beats to add to the mixture of the tune. Slash delivers a melodic and soulful solo in the middle of the track bringing the piece altogether, which is most likely why this song was selected as the second single, initially released on December 2, 2021.

One of the fastest rock songs on the album is “Call off the dogs,” which was released as the third single on January 14, 2022. The track gives a live in your face feel. With soaring vocals from Kennedy, Slash provides heavy guitar riffs alongside Sidoris, who feeds off his vibe. Kerns provides killer bass playing as he travels along with the song and Fitz stays rock steady on drums.

“Actions Speak Louder Than Words,” “C’est la Vie,” “Spirit Love,” and “Fall Back to Earth” are other jams on the album that will be fan favorites, but to be honest, the whole album is a masterpiece. If you want to know what real rock-and-roll sounds like, crack it up nice and loud.

Slash, Myles Kennedy and The Conspirators are touring now on “The River is Rising” Tour, which kicked off in Portland, Oregon, February 8, 2022. Check them out and hear songs from 4.