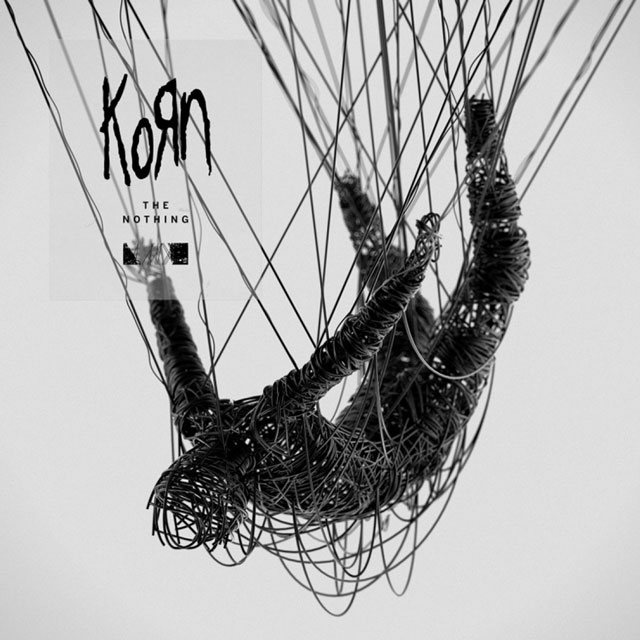 KoRn have been an unstoppable force since their 1994 self-titled debut album. Whether you like it or not, these metal titans have never been afraid to explore different musical territories. We’ve primarily heard this in their tenth studio album, 2011’s The Path of Totality when the band experimented with dubstep. Despite the lineup changes over the years and the return of guitarist Brian “Head” Welch in 2013, nothing has stopped them from pushing forward and creating new tunes.

With that being said, in 2018, the band were more focused on their individual projects, making it challenging to work on the follow-up to 2016’s The Serenity of Suffering. Frontman Jonathan Davis was involved in supporting his debut solo effort, Black Labyrinth, and Welch was busy promoting his documentary, Loud Krazy Love. Therefore, it didn’t seem feasible to record new music. 2018 also marked a very dark year for Davis as his wife passed away. However, this particular mixture between separation and tragedy resulted in the most dismal and mature KoRn record to date. The Nothing, which is scheduled to arrive on September 13th via Roadrunner and Elektra (order here), is arguably the group’s overall strongest album in their entire career. Despite the unfortunate circumstances, the band has taken the root of KoRn and created a record filled without any inhibition, experiments, and filler tracks. The Nothing is ultimately; the KoRn album fans have waited to hear since 2002’s Untouchables.

The record starts in a similar style as their 1994 self-titled debut with “The End Begins.” Stylistically, it sits between “Shoots and Ladders,” and the imploding sadness heard from “Daddy.” Davis sounds as though he has unleashed his bottled up emotions in this intro. It’s heavy, emotional, and sums up the album in under ninety seconds. “Cold” smashes in next with a heavy intro as the band refuses to hold back. It sounds like classic KoRn but stronger in the sense that it’s obvious they’ve been through hell and back. There are parts in the song that will take you back to 1999’s Issues as a few breakdowns show a glimpse of “Falling Away From Me.” However, this particular song instantly showcases the band’s overall evolvement. They passed their experimental phase and moved forward to develop their overall sound with the addition of bitter emotion, which we’ve heard from their debut.

“You’ll Never Find Me” is another heavy moving track, which sounds more like a mix between 1996’s Life Is Peachy and 1998’s Follow the Leader. There’s no holding back as Davis pours his heart out, expressing how he’s “not doing fine.” “The Darkness Is Revealing,” speaks for itself as it’s the angriest track thus far. While it moves in a signature KoRn direction, it continues to carry out the overall theme of despair and hopelessness. “Idiosyncrasy” opens up with an innovative guitar riff while the overall tempo slows down, making it the slowest track on the album thus far. As the music continues to fluctuate during a few breakdowns, there’s also a bit of a groove added to the mix as Davis continues to explode from held back aggression.

Between Tool’s new album and Slipknot’s, we’ve heard quite a few excessive interludes. However, KoRn’s “The Seduction of Indulgence,” shows there’s more to it than a trippy experimental filler. Davis leads this song with a colossal amount of emotion touching horrific and painful subjects. “Finally Free” kicks in with an extended electronic introduction, which shortly amplifies into another emotionally heavy and harsh song. “Can You Hear Me” has more of an experimental feel with its electronic intro. It eventually picks up the pace and ends up being the most polished track on the album. Musically, “The Ringmaster” is heavy and catchy consisting of ruthless hooks. However, Davis continues to sing in complete desolation. This emotion carries throughout the next song, “Gravity of Discomfort,” but with more of a groove execution.

While the album, for the most part, shows how insignificant, and Nothing we can feel, things get more depressing with “[email protected]” The track moves in more of a slower and electronic style as Davis cries out, “tell me why my life keeps getting harder and harder.” Despair continues with “This Loss,” as it once again showcases a classic KoRn song but with more emotion and maturity. The album concludes with “Surrender to Failure” as Davis cries out his feelings on being a failure. And it doesn’t get any darker than that.

Overall, KoRn’s The Nothing is an album that doesn’t hold back from the pain Davis has recently experienced. It touches real-life subjects, thoughts, and anxieties we all face. There are no filler songs and no diluted fantasies. The Nothing is as real and dark as life can get and has brought the return of KoRn’s roots.