One of my goals with this column is to give exposure to bands that may not be well known to the vast majority of readers. There has certainly been a great deal of that in 2011, as hundreds of underground bands and young up-and-comers have released new albums that we’ve been able to mention here. As word-of-mouth promotion becomes more and more vital to the success of new bands, it’s important that everyone does their part to get the names out for the bands they love. Just remember – the rookie opening bands of today are the stadium-filling headliners of tomorrow, and it’s our duty to help them get there.

This week features a great deal of underground artists, ranging from brand new artists to veteran bands still searching for that push into the spotlight. These groups flank a small number of prolific metal bands with large followings. Chief among these is a group with the single greatest mainstream following in the metal world and the most potential to reach mainstream popularity everywhere. All these things combined serve to make this week one of the most exciting of the fall season.

2009’s War is the Answer spent an unbelievable 92 straight weeks (equivalent to a year and nine months) on the Billboard 200 charts, reaching as high as #7 during a time when album sales are down across the board. For a group only on their second album, especially a metal group, that is truly a remarkable feat, one that often is lost on those that unjustly label the group as mainstream sellouts. However, such an impressive performance means that expectations for American Capitalist are through the roof. It’s going to perform well in its first week, but the true test is whether this album will remain on the charts through the difficult Christmas season and into 2012.

From the opening seconds of “Upon Wings of Black”, the first track of Skeletonwitch’s 2007 Prosthetic debut Beyond the Permafrost, I knew that the Ohio-based group was going to be one of the biggest “buzz bands” in American metal within a few years. 2009’s Breathing the Fire proved that correct, as the group has since toured all over the globe and been featured in prominent festivals such as Ozzfest. The blackened thrash of Skeletonwitch is not entirely new, as it features a heavy influence from pioneering blackened thrash veterans Sodom. However, Skeletonwitch plays the unique style with added melodies and an overall ferocity that cannot be ignored. Forever Abomination is sure to add to the group’s appeal, and sales of the album will be positively impacted by the group’s recent tour with Arch Enemy and DevilDriver, as well as their upcoming tour with Chimaira and Unearth.

Threat Signal established themselves as one of the biggest, most exciting industrial metal groups with 2009’s Vigilance, an album with more melody, greater experimentation, and an exceptional level of musicianship not often seen among industrial-influenced bands. The core of the group – vocalist Jon Howard, bassist Pat Kavanaugh, and guitarist Travis Montgomery – are joined on their new self-titled album by guitarist Chris Feener and drummer Alex Rüdinger. Production was handled by acclaimed producer Zeuss, who has worked with some of the biggest names in metal. Threat Signal has been on the rise for four years, and with any luck, this new self-titled album will push them to a new level of popularity.

2011 seems to be the year for the big-name rock groups of the early 2000s to make their comebacks. We’ve already seen new releases this year from Staind, Limp Bizkit, Puddle of Mudd, Cold, and Incubus, and now gothic rockers Evanescence have returned with their third full-length album. Evanescence is the group’s first new material since 2006’s The Open Door. In that time, former members Ben Moody, Rocky Gray, and John LeCompt have seen the rise and fall of their new group We Are the Fallen, who were dropped from Universal Republic this past May, despite their debut album Tear the World Down debuting at #33 on the Billboard charts last year. Now Amy Lee and Co. have a chance to reassert themselves and show that the group can perform just as well without three of the members that helped 2003’s Fallen sell over 17 million copies worldwide.

Immortal Souls, IV: The Requiem for the Art of Death (Facedown)

I’ve been giving extra information on at least one underground album for the past few weeks now, and I plan to continue that trend as much as possible. This week, our underground pick is Immortal Souls, longtime veterans of Finland’s extensive metal scene. Immortal Souls have created their own style that they’ve dubbed “winter metal”, due to their extensive use of winter and snow-themed imagery in their lyrics, album titles, and artwork. Winter metal is stylistically similar to the melodic death metal of Children of Bodom, In Flames, and Dark Tranquillity, but faster and more aggressive overall, usually omitting keyboards from the more traditional styles of the region. After a series of demos and EP’s, the group released Under the Northern Sky in 2001, followed by 2003’s Ice Upon the Night and the 2007 concept album Wintereich. The group’s fourth album, The Requiem for the Art of Death, promises to have more high-quality winter metal, and with a little exposure, Immortal Souls could start to gain a more solid following here in the US, and hopefully then around the world.

3, The Ghost You Gave to Me (Metal Blade)

Redemption, This Mortal Coil (Inside Out)

This Is Hell, Black Mass (Rise)

Pain of Salvation, Road Salt Two (Inside Out)

Voyager, The Meaning of I (Sensory)

Next Week: One of the world’s most beloved power metal bands re-emerges with their new singer, hoping to be better than ever. We’ll see how they do when we come back in seven days! 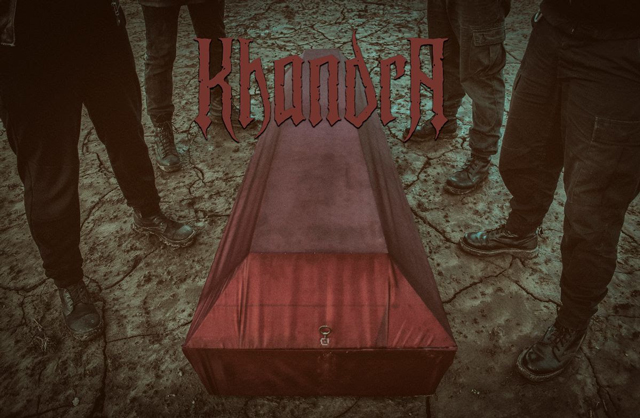