In a time before Kardashians and Snookis, Mötley Crüe drummer Tommy Lee and Pamela Anderson were Hollywood’s premier power couple. Many a child of the ’80s and ’90s even watched them have sex before their two sons, Brandon and Dylan were born. Let’s overlook for the moment that Tommy and Pamela named their kids after two Beverly Hills 90210 characters, and focus on the fact that the Brandon and Dylan are all growed up now.

In a post on Instagram, the elder Lee, who turns 50 in October, referred to them as “handsome devils.” Brandon, on the right, is 16, while Dylan is 14. If we’re to believe what we read in The Dirt, if the boys are anything like their dad, they’ve probably got enough exploits for their own books by now. As the Houston Press put it, “Lee’s fans on IG made their approval of the boys’ good looks well-known in the creepiest way possible.”

[via The Houston Press] 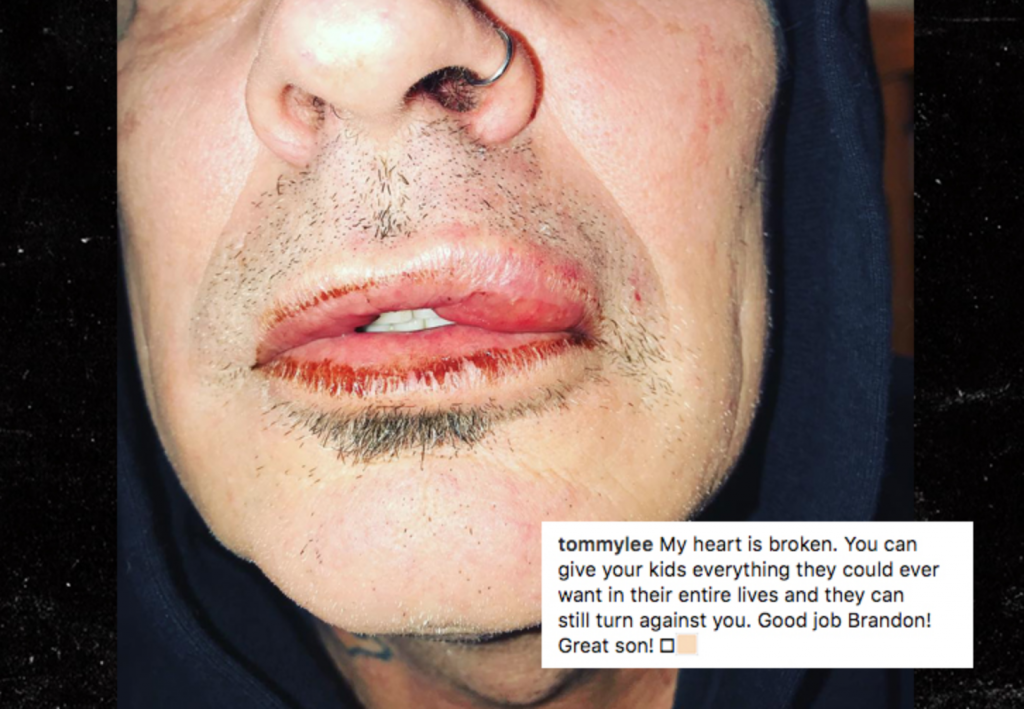