Slayer had us stunned when they announced their farewell tour last January, as we had a Headbanger’s Brawl about their decision. These thrash legends have given us thirty-seven years of hell that we will never forget. While the group are currently scheduled for Hellfest in 2019, it is safe to say, it’s time to accept their alleged retirement. Throughout the years, Slayer have surpassed being one of the Big Four thrash metal bands as they are the ones you see a banner of held up high at a non-Slayer show. Slayer has also been a way to start or end a conversation by screaming out, “Slayer!” Couples have gotten engaged at a Slayer concert while others have reunited with long-lost friends or relatives. Despite the struggles the group has suffered from between lineup changes to losing guitarist Jeff Hanneman back in 2013, they pushed through it all, as you’ve seen in their latest effort 2015’s Repentless. With such a history, Slayer said farewell to the Northwell Health Theater at Jones Beach in Wantagh, New York on July 29th, 2018. These thrashers went out with a bang as they had four strong supporting acts including Napalm Death, Testament, Anthrax, and Lamb of God.

As the hot sun beamed down on the early concert-goers, Napalm Death kicked off the stage at 5PM. Despite the sweltering heat, these UK grindcore giants gave an intense performance as they managed to cover over ten songs including “Instinct of Survival,” “Smash a Single Digit,”  “Suffer the Children,” “Dead” and the Dead Kennedys’ cover of “Nazi Punks Fuck Off.”

While the sun continued to blast its rays, Testament were ready to glide through their set as the stage turned into 2016’s Brotherhood of the Snake. However, it was a double celebration that evening as they gave fans three songs from 1988’s The New Order to commemorate the album’s 20th anniversary with tracks “The New Order,” “Into The Pit,” and “Disciples of the Watch.”

Needing no introduction to the New York crowd, Anthrax were up next. These thrash giants who are also part of the Big Four, always know how to put on a fantastic show. It doesn’t matter if they are a supporting an act or headlining a gig of their own, they always give 100% of an energetic performance. On this night, they didn’t go into too many songs from their latest effort For All Kings as they focused on the classics that included fan favorites “Caught in a Mosh,” “Got the Time,” “Madhouse,” “Antisocial” and “Indians.”

As the sun set for the night and darkness rose, it was time for Lamb of God. For a while now, people have been debating on Lamb of God, wondering if they will be the next Slayer in terms of one of the next generation’s largest metal acts around. Perhaps these Richmond, VA metallers took the direct support spot on Slayer’s farewell tour as an indication for their bright future. Fans eyes were glued to the unstoppable movement from frontman Randy Blythe as they opened with “Omerta.” Blythe continued to jump across the platform, making it difficult for anyone to blink as no one wanted to miss any movement. As the set continued with songs “Ruin,” and “Walk With Me In Hell,” Blythe opened up to the crowd to give his genuine respect and love for Slayer, who made it known that no one would be there if it wasn’t for the thrash legends.  Later the group cut deep into the prison-inspired track “512,” which was based on Blythe’s time in a Czech prison back in 2012. Their set got heavier as they went into “Engage the Fear Machine,” which led towards their encore as they closed with “Blacken the Cursed Sun,” “Laid to Rest,” and “Redneck.” Lamb of God intensified the concert-goers as they were ready for Slayer to take the stage.

Due to the night being labeled as the second leg of Slayer’s farewell tour, it was obvious that many were there to say goodbye seeing their icons perform live one last time. Whether this means they will return or not, the crowd gave it their all, which consisted of moshing, headbanging, crowd surfing, doing what takes to enjoy Slayer’s performance to the fullest. As the curtain dropped and pyro flared, Slayer turned Jones Beach into a place that is South of Heaven. The group ripped into the title track of 2015’s Repentless as they marched into 1988’s Seasons in the Abyss with “Blood Red,” followed by “Disciple,” from 2001’s God Hates Us All. There was a moment when frontman/bassist Tom Araya opened up to the audience to express his overall gratitude. However, the night showed no mercy as it was about ripping through songs that highlighted their 37-year career.

Overall, it was a momentous evening when each act managed to present a piece of metal history of their own. Fans were lucky to witness and experience just under forty years of metal in under six hours, which has made this more than your average show. It was obvious that Slayer planned their farewell tour wisely as they have given their fans more than just music but an enjoyable lifestyle that no one would ever forget. Hopefully, the torch will be passed on for generations to come.

When the Stillness Comes

Seasons in the Abyss 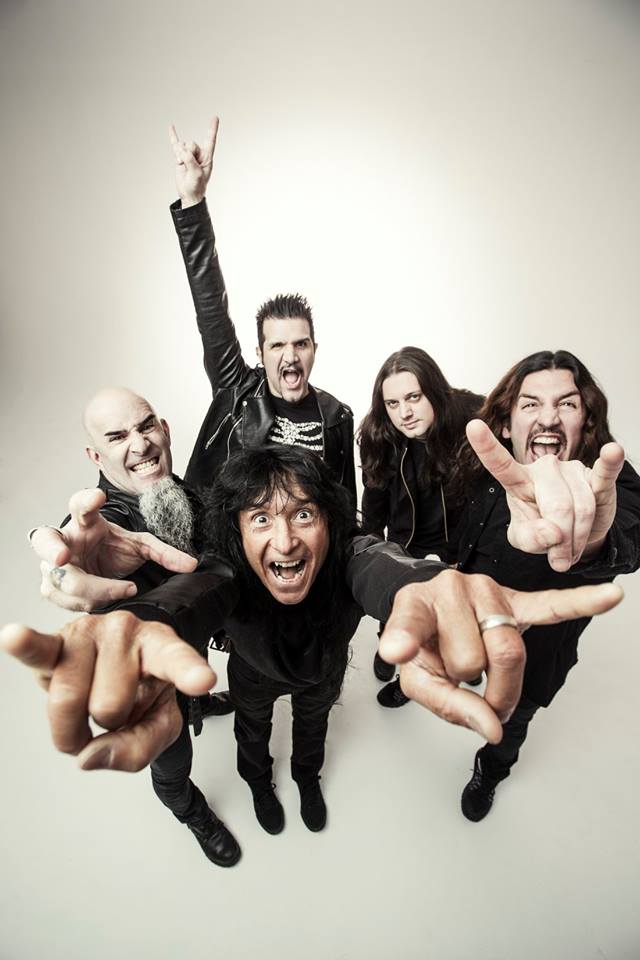