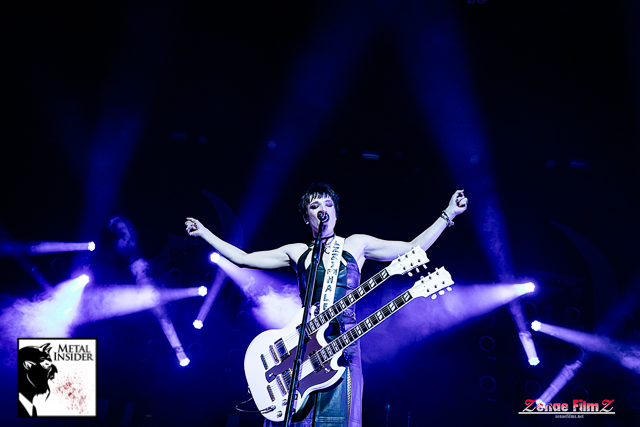 Halestorm and In This Moment have teamed up once again for a co-headlining trek across North America as this fall run marks leg number three. The tour kicked off on November 16th in Norfolk, VA and is scheduled to conclude on December 16th in St. Petersburg, FL. New Years Day has been invited back to support the entire run. Next year, these three acts will head out overseas for a European trek. We were there for their New York City show on November 24th at Hammerstein Ballroom.

California rockers New Years Day kicked off the adrenaline to the packed house. Vocalist Ash Costello to address the crowd to prove that metal isn’t dead as they went into the Pantera cover “Fucking Hostile,” taken from their new covers EP Diary of a Creep. Their set shifted slightly when they introduced their latest single “Skeletons” to the concertgoers as the song left an emotional chilling spin, making their fans hungry to hear their new album. Other songs included “Kill or Be Killed,” “Scream,” and “Defame Me.”

As the venue continued to pack, a curtain dropped over the stage making all anxious to see In This Moment. These California metallers were there to bring 2017’s Ritual to life. However, they went with the introduction with a tape running in the background of Queen’s “We Will Rock You” and Journey’s “Don’t Stop Believin.” It didn’t take long for the fans to get distracted by these hit songs as they sang along to them up until the curtain dropped. A massive cry was heard when the band made themselves visible on stage and officially kicked off their set with “Blood.” Between the fog, dancing, to Maria Brink’s stature; there was something for the entire venue as the set continued with songs “River of Fire,” “Adrenalize,” and “Roots.”

Brink took a little break during the monster jam as the group played a few snippets of songs including Metallica’s “For Whom the Bell Tolls.” Brink’s break didn’t last long as she surprised the audience with New Years Day’s Ash as the two went into the track “Black Wedding.” In This Moment continued to deliver a theatrical set as they presented songs such as “Serpents,” the Phil Collins cover of “In the Air Tonight,” “Big Bad Wolf,” and “Oh Lord.” Of course, the group saved the best for last as the “shame” banners arrived just in time to close out their set with “Whore.” 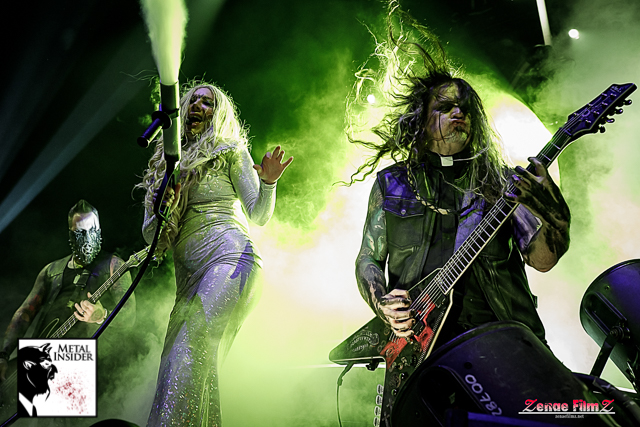 Each act presented a different aesthetic whether it was theatrical or heavy. However, when it was time for Halestorm, Lzzy Hale and the rest were there to brighten the house with flavorful rock n roll heavy hitting beats. The group continued to promote their latest effort Vicious as they went into songs such as “Black Vultures,” “Uncomfortable,” and “Vicious.” The stage lit up as the entire band carried a highly energetic set, resulting in an exuberant reaction from the audience. No one in that room wanted to move for anyone once Halestorm was on as their eyes were locked, loaded, and glued to the intensity. Other songs included “I Am the Fire,” “Love Bites (So Do I),” “Do Not Disturb,” “Amen,” the Dolly Parton cover of “I Will Always Love You,” “Dear Daughter,” “Freak Like Me,” and “Killing Ourselves to Live.”

Seeing these three acts ignite together go hand in hand to the point that no one seemed affected by the pouring NYC rain that evening. 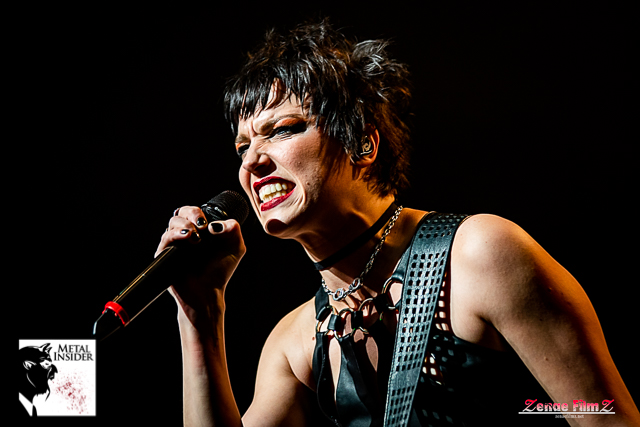