Last night (10th), The reunited original Misfits shared a teaser image on an upcoming NYC show. Now, the group has officially announced they will return to their hometown for a special Halloween performance on October 19th at Madison Square Garden. Dubbed, Death Comes Ripping At The Garden, will feature two special guests: Rancid and The Damned.  Pre-sale tickets will be available on July 16th at 10AM local time up until July 18th 10PM via Ticketmaster with the code MSG138. General tickets go on sale to the public next Friday (19th) at 10AM. 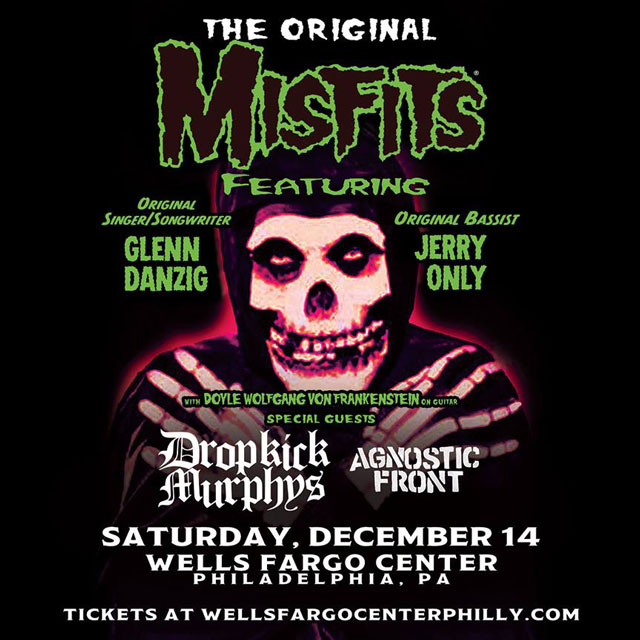