Many at Riot Fest last year were super psyched to see original Misfits Glenn Danzig and Jerry Only reunite with Doyle Wolfgang von Frankenstein on guitar (and Dave Lombardo on drums). While that appeared to be a one-off (or two-off, since they played both Riot Fests), earlier this year, they announced a Los Angeles show on 12/30. That show quickly sold out, but this morning, we found out that there’s going to be at least one more show. Two days prior to their Los Angeles show, they’ll be performing at MGM Grand Garden Arena in Las Vegas. Alkaline Trio and Fear will be opening the show.

It’s pretty encouraging to see Misfits continue to add shows. They’re also doing it in an organic enough fashion that each show is a special event. It’s still a little odd that they haven’t announced any shows east of Chicago yet. Tickets will be on sale to the general public on  Friday (29) at 10am PST, but if you’re a Citi cardholder, you’ll be able to get tickets starting this Tuesday (26). You’ll be able to get your tickets here. 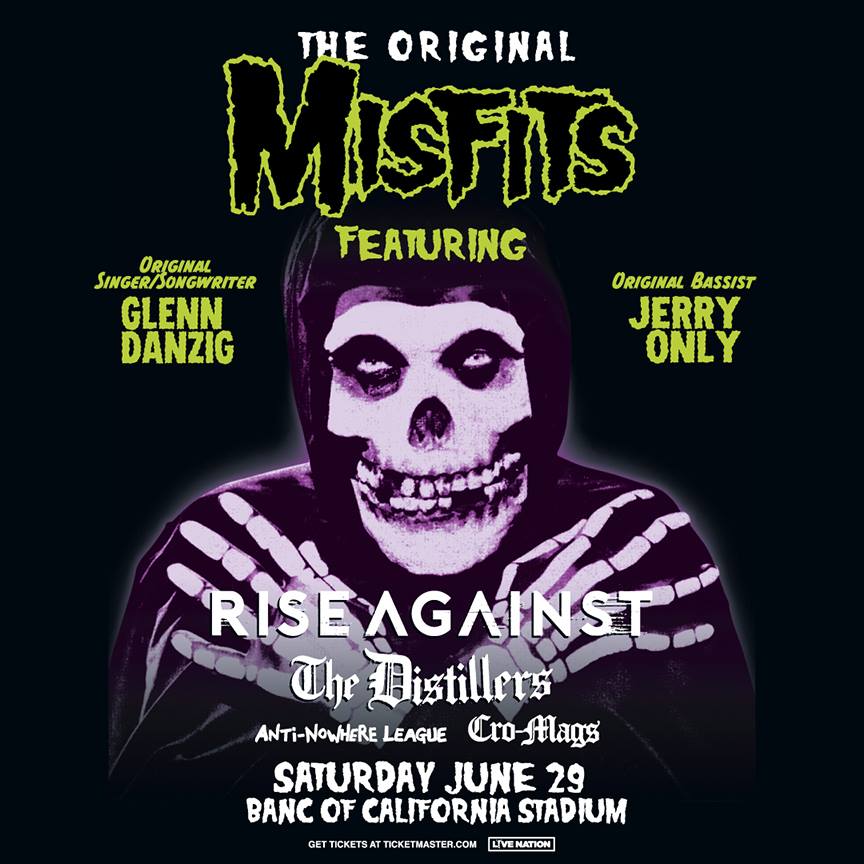